With Audi e-tron in its best form and supported by Tesla Model 3 volume deliveries, three out of four new cars sold were plug-ins.

March was an exceptional month in Norwegian history as the passenger plug-in electric cars for the very first time reached a market share of 75% (75.2% to be precise)!

The total number of registrations actually decreased by 26.7% year-over-year from the all-time high of 12,764 (when tons of Tesla Model 3 come out a year ago) to 9,358, but it's still the second-best month ever.

The unprecedented surge in market share is mostly the result of a 32.2% drop of overall passenger car registrations, caused mostly by COVID-19, we guess.

As the plug-ins surge to 75.2% of the market, one might wonder what about conventional internal combustion engine cars? Well:

The second-best was Tesla Model 3, which in March finally saw some higher numbers (997). Unfortunately, the other models (S/X) are not in the top 20 anymore.

In general, it's difficult to find a non-plug-in model in the model rank. 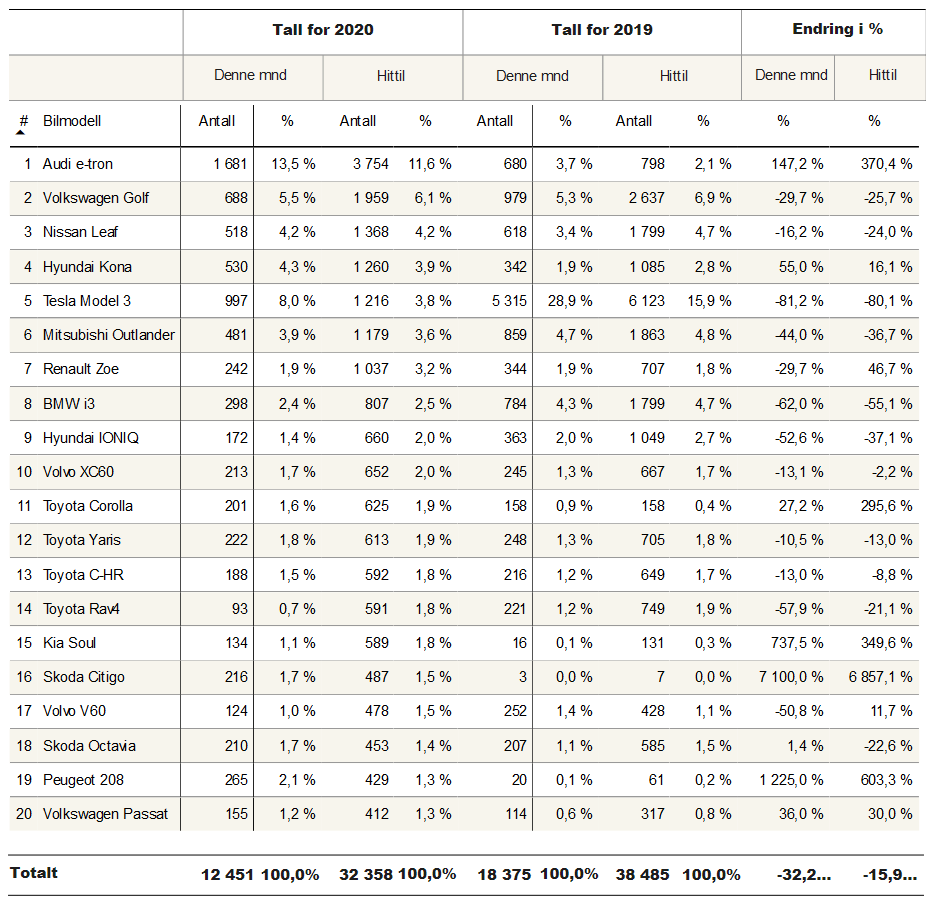