It's the first time these two vehicles hit the drag strip. Does the winner roll on two wheels or four?

Here's the world's first-ever video featuring a drag race between a Tesla Model 3 Performance and a Harley-Davidson Livewire. Which one wins? Let's watch to find out.

***UPDATE: We now have a new video that shows the actual results and the Livewire wins by a narrow margin. See the timing slips below and watch the pair of races above (starting at around 5 minutes into the video). 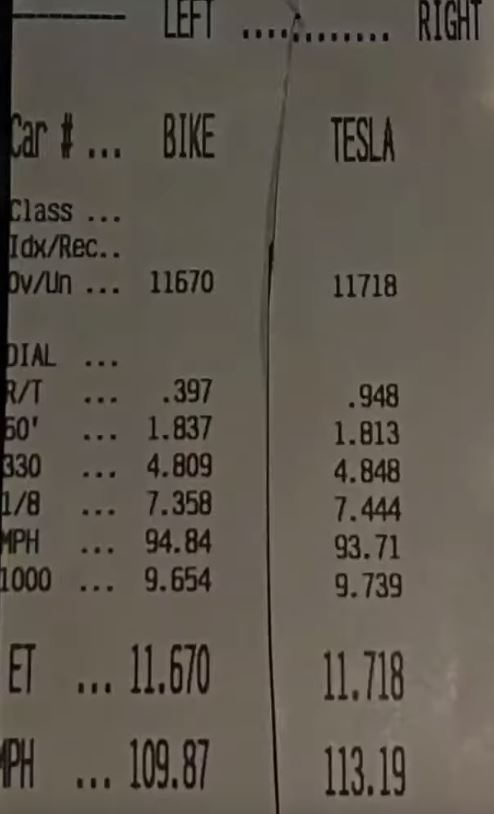 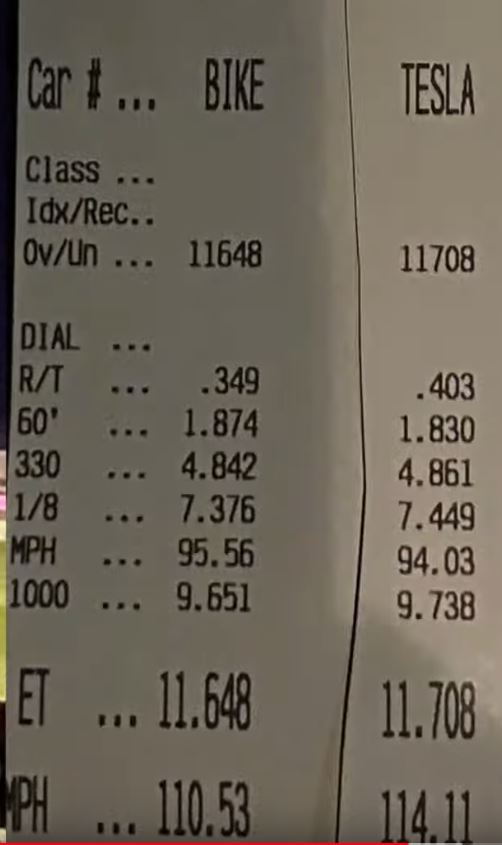 We'll be upfront in saying that the video quality here is less than desirable and the racing action is quite difficult to see. However, from the video description and some other social media mentions, we can confirm this to be a race between the Model 3 Performance and the Harley-Davidson Livewire. It's believed to be the first-ever matchup between these two highly different forms of transport.

Turning our attention back to the race at hand, it seems the Model 3 gets a very bad started off of the line. This isn't typical for the 3, as usually, it jumps off the line to an immediate lead. However, it is matched up against a motorcycle here, an electric one at that, so maybe it's just that the Livewire is incredibly quick off the line.

The Livewire jumps out in front immediately and builds a commanding lead. However, close to the end, you can see the Model 3 is gaining big time. Then, right when you expect the times to be posted, the video cuts off. Was this on purpose? Had the Model 3 come back to take the win? It's hard to say, but it sure does look close at the end. Take a look and please do excuse the poor quality, as the video is not nearly as crisp as we'd like it to be:

And here's an image a bit after the midpoint of the race showing that the Model 3 has closed much of the gap:

So, which one wins? We don't know. Do you? Let us know in comments if you can figure out the winner here.

For the 1st time ever, the all electric Harley Livewire takes on the Tesla Model 3 Performance at the Texas Motorplex. The tree doesn't lie...and neither does the finish line.