NASA recently revealed a few new concept images of its first all-electric X-plane, the X-57 Maxwell, which has been under development since 2016.

The final Mod IV configuration of the X-57 Maxwell will be equipped with 14 electric motors (12 small high-lift motors with foldable propellers for takeoff and landing, plus two bigger cruise motors at the wingtips), distributed along the wings. The main reason for such a configuration is to increase efficiency several times compared to conventional aircraft and to achieve reasonable range.

In the first image above, the aircraft sits in front of a hangar at NASA’s Armstrong Flight Research Center in Edwards, California, where NASA has been developing X-planes for more than 70 years. 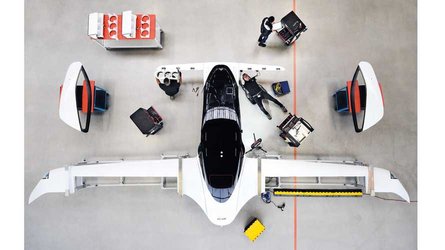 Lilium Raises Over $240 Million To Develop Its Electric Aircraft
⠀ 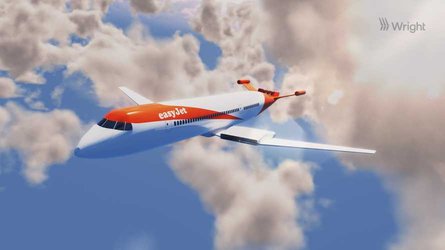 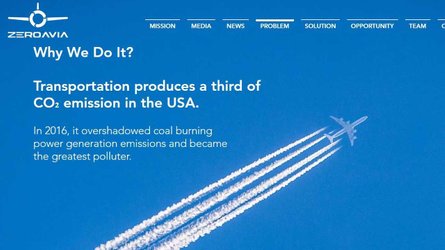 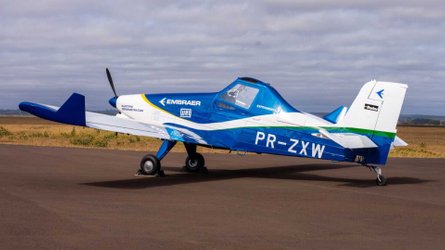 "The X-57, which is NASA’s first piloted X-plane in two decades, is seen here in its final all-electric configuration, known as Modification IV, or Mod IV. This configuration will feature a skinny, high-aspect ratio wing, designed to boost efficiency by reducing drag in flight, and electric cruise motors with five-foot diameter propellers on the wingtips, to recover energy that would otherwise be lost to wingtip vortices.

Meanwhile, the addition of 12 smaller high-lift motors and propellers on the wing’s leading edge will allow X-57 to be able to take off at standard speeds. These motors will activate during takeoff, spinning the propellers, and will deactivate during cruise mode, at which point the propeller blades will fold in to the nacelles, as seen in two of the above images, reducing drag.

Electric aircraft present a wide array of potential benefits to aviation, including increased efficiency, reduced or eliminated in-flight carbon emissions, and flight that is quieter for communities on the ground. X-57 will help set certification standards as these electric aircraft markets begin to emerge."

This artist’s concept image shows NASA’s first all-electric X-plane, the X-57 Maxwell, in its final configuration, flying in cruise mode over NASA’s Armstrong Flight Research Center in Edwards, California. In Mod IV test flights, X-57’s high-lift motors will deactivate during cruise mode, and their propeller blades will fold in to the nacelles to reduce drag. The motors will reactivate and use centrifugal force to spin the blades back out to provide necessary lift for landing. Credits: NASA Langley/Advanced Concepts Lab, AMA, Inc

NASA is making progress on the road to first flight for the agency’s first all-electric X-plane, and first piloted X-plane in two decades, the X-57 Maxwell. Currently in its first configuration as an all-electric aircraft, called Mod II, X-57 underwent a series of structural ground tests, giving engineers at NASA a look at the vehicle’s predicted characteristics during flight. These tests, which included ground vibration testing and cruise motor controller vibration testing, marked important tasks to check off as NASA moves X-57 closer to taxi tests. For more, visit NASA’s X-57 page.

NASA’s X-57 project has marked two critical milestones in the development of the agency’s first all-electric experimental aircraft, or X-plane, which will demonstrate the benefits of electric propulsion for aviation. Engineers for the first time tested the motors and propellers together for the project’s Mod II activity, which is the first electric configuration of the vehicle. Meanwhile, NASA received delivery of the wing for the project’s following Mod III activity, allowing testing to progress for two of X-57’s three electric configurations. For more, please visit NASA.gov/X57