Lilium Raises Over $240 Million To Develop Its Electric Aircraft 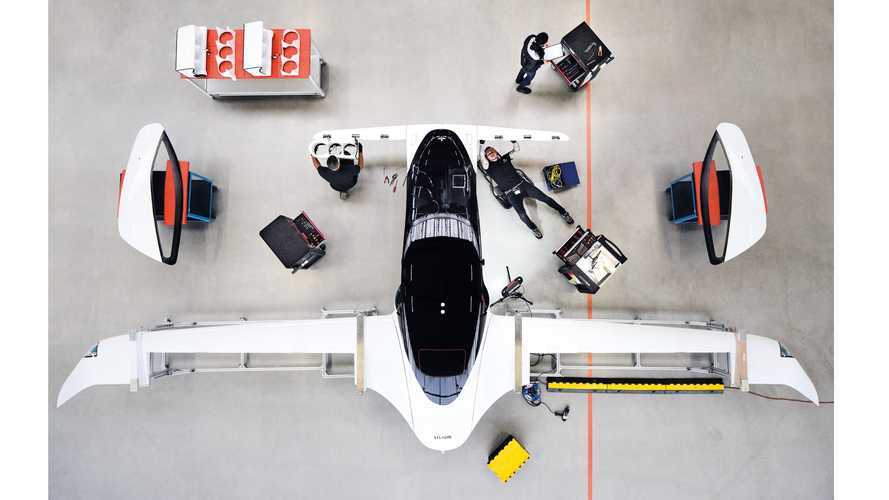 The first test flight was completed on October 1, 2019, while commercialization is scheduled for 2025.

German aviation startup Lilium, which is developing an all-electric, vertical take-off and landing aircraft for regional air mobility, has completed an internal funding round of more than $240 million.

The round was led by Tencent, a Chinese IT corporation, joined also by existing investors, including Atomico, Freigeist and LGT. Since its inception, Lilium already raised more than $340 million.

The company's Lilium Jet is a five-seater, fully-electric eVTOL, scheduled for market launch in 2025. One of the main applications might be an electric air taxi and ridesharing.

"The new funds bring the total sum raised to date to more than $340m. They will be used to support further development of the Lilium Jet as well as underpinning preparations for serial production in Lilium's newly-completed manufacturing facilities.

As well as designing and manufacturing the Lilium Jet, the company plans to operate a regional air mobility service as early as 2025 in several regions around the world."

The first take-off and vertical landing test of the Lilium Jet was conducted on May 4, 2019 (two-seater prototype was tested in 2017).

In December, the company shared results of a first longer flight test, conducted on October 1, 2019, which saw Lilium Jet smoothly flying around the test area at speeds above 100 km/h (62 mph) and landing without any trouble.

We assume that it was a key element to convince investors to step up investments. Currently, more than 400 people work on the project.

"This film shows a complete test flight, performed on 1st October 2019 as part of our first phase of testing with the Lilium Jet. The flight, which lasts approximately three minutes, formed part of our controllability tests and looked specifically at how the aircraft performs during banked turns in transition flight.

The aircraft completes a rough figure of eight during the flight, with the left turn being the specific test point for this flight. During this left turn, the aircraft banks first at 20° AoB (Angle of Bank) for approximately 90° heading change, before increasing the AoB to 30° for the remainder of the turn. The right turn was just for repositioning before landing and did not target a specific AoB.

The flight also demonstrates the aircraft completing a vertical take-off and landing, climbing and descending at a rate of 300 ft/minute and cruising at 35 knots. The aircraft performed as expected during the test.

Since this test we have successfully flown the aircraft at higher speeds, recently reaching the 100 km/h milestone, and have completed our first phase of testing. Our focus in the second phase of testing, which is already underway, is on completing a full transition to wing-borne flight, which will mean moving the flaps through to 0°. This is a particular challenge as it means passing through a zone where the airflow will detach and reattach to the control surfaces."

Not everything progresses smoothly, as at some point the company lost one of its two prototypes, which burned down during routine maintenance on the ground according to Electrive. Reuters adds:

"Lilium has been dogged by reports of problems, including a battery fire that destroyed one of its two prototypes, while experts have questioned the viability of running services that would compete with intercity flights or train and car trips.

Asked whether the fire had deterred investors, CEO Daniel Wiegand said not: “They know that the fire was annoying, but not a catastrophe. Our investors have given us a strong vote of confidence,” he told business daily Handelsblatt."

Lilium completes funding round worth more than $240 million

Munich, 23 March 2020: Lilium, the Munich-based aviation company developing an all-electric, vertical take-off and landing aircraft for regional air mobility, today announced the completion of an internal funding round worth more than $240m. The round was led by Tencent, with participation from other existing investors including Atomico, Freigeist and LGT.

The new funds bring the total sum raised to date to more than $340m. They will be used to support further development of the Lilium Jet as well as underpinning preparations for serial production in Lilium's newly-completed manufacturing facilities.

As well as designing and manufacturing the Lilium Jet, the company plans to operate a regional air mobility service as early as 2025 in several regions around the world. It recently celebrated the completion of the first stage of flight testing, with the five-seater Lilium Jet demonstrator flying at speeds exceeding 100 km/h.

Commenting on the announcement, Christopher Delbrück, Chief Financial Officer, Lilium, said: "This additional funding underscores the deep confidence our investors have in both our physical product and our business case. We're very pleased to be able to complete an internal round with them, having benefited greatly from their support and guidance over the past few years.

"The new funds will enable us to take big strides towards our shared goal of delivering regional air mobility as early as 2025."

Commenting on their role as lead investor for the internal round, David Wallerstein, Chief eXploration Officer, Tencent, said: "At Tencent we're committed to supporting technologies that we believe have the potential to tackle the greatest challenges facing our world.

"Over the last few years we've had the opportunity to see the professionalism and dynamism with which Lilium are approaching their mission and we're honored to be supporting them as they take the next steps on their journey."

Lilium is an aviation company developing an emissions-free regional air mobility service. It has designed and prototyped the Lilium Jet, a brand-new type of aircraft that will enable it to deliver regional journeys that are considerably faster than rail or road, yet competitive in price. The demonstrator aircraft first flew in May 2019 and is a five-seater, fully-electric aircraft that can take-off and land vertically (eVTOL). Lilium expects to service a sizeable global market demand by connecting communities at a fraction of the cost of conventional high-speed infrastructure, with zero operating emissions.