Is The Kandi K27 America's Next Most Popular EV? 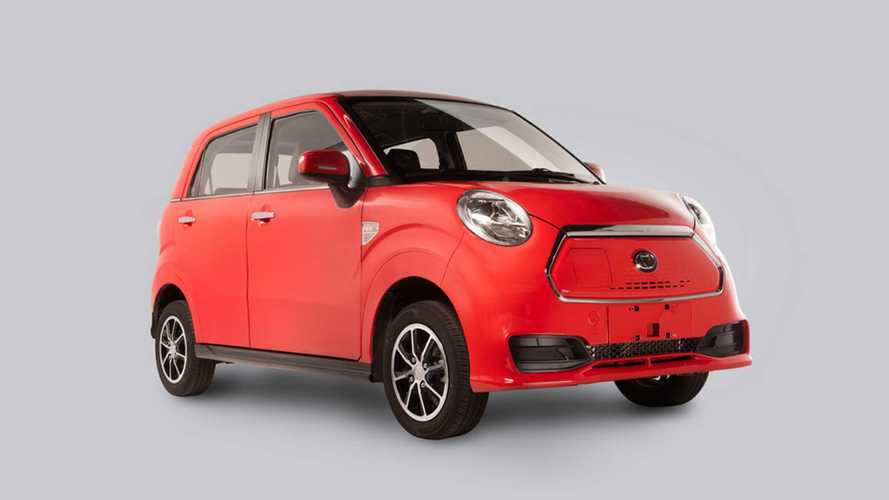 The US is known for its long roads, great travel distances, and love for big vehicles. Smart tried to convince Americans into “small is beautiful” and failed spectacularly. Any Chinese company should better have that in mind to sell here then, right? Kandi and SC Autosports, LLC, didn’t. And they are now trying to sell a new vehicle in the US, the K27.

Gallery: Check The Kandi K27 And The Other Intriguing Cars Of This Chinese Brand

The image alone can give you an idea of how small this EV is. And we say that because this is really all we have regarding its dimensions: the press release only mentions it sits only four people and nothing else.

We tried to find more information about the company and the car. Chinese companies usually use other vehicles, from other manufacturers, to create electric versions of them with a different logo. It is EV badge engineering at large scale, but it seems Kandi does produce its vehicles by itself.

Geely, which also controls Volvo, owns Kandi, what makes CarNewsChina.com call the K23 merely a Geely EV. Its full name would be Geely Kandi GLEagle K23. It is sold in the US as Kandi K23, a code it also receives in China, but it does not appear on the Chinese website.

Neither does the K27, at least not as the company has presented it. If you look for Kandi K27 on the internet, you find a completely different vehicle. Check it below and also at the official Chinese Kandi page. Curiously, the US K27 is still not on the US website either.

The other car Kandi sells in the US is the K22, which is also known in China as K12. There seems to be a range difference between them: the K22 goes a little further than the K12.

The K27 has a 17.69 kWh battery pack that allows it to run 100 mi. The company does not inform if that is an EPA rating or a WLTP figure. The piece of information it emphasizes the most is that you can have the full federal tax credit of $7,500 on it. Nonetheless, the company does not say how much it will cost in the US.

Kandi K27 Lands US Deal With Huge Incentives for Consumers

GARLAND, Texas, February 20, 2020 (Newswire.com) - SC Autosports, LLC (SCA) announces the launch of the Kandi K27 pure electric vehicle into the U.S. market. Meanwhile, the K27 is qualified and approved for a federal tax credit of $7,500.

After the successful launch of the K23, SCA will also distribute Kandi’s latest model, the K27 into the U.S. market. SCA is elated with this news as the K27’s design will open up a new market for consumers who are looking for a more city-friendly option from Kandi.

The K27 offers ample interior space, enough for four people and easy maneuverability throughout the city. With the lithium-ion battery capacity at 17.69 kWh and driving range up to 100 miles, the K27 proves its ability to compete as one of the best automotive options for urban living.

SCA received approval from the IRS stating that consumers of the K27 are able to claim the Qualified Plug-In Electric Drive Motor Vehicles credit of $7,500 under the Internal Revenue Code Section 30D.

SCA is the exclusive U.S. distributor for Kandi electric cars and is currently accepting applications for dealerships.