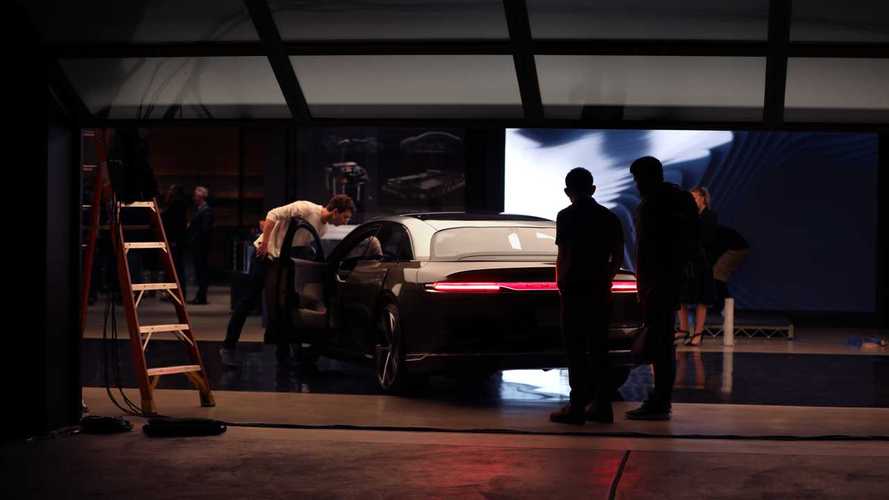 Not much has changed.

Lucid Motors offered existing reservation holders a special sneak peek of the production Lucid Air on February 13th and someone managed to sneak out a picture. The event was dubbed "Love is in the Air" and now the rest of us that weren't in attendance are getting a little love too.

That's because one person on hand that night snuck a picture of the car being prepped by Lucid employees right before the event began. We don't see the entire profile, but from what we can see, it's pretty evident that Lucid didn't stray very far from the concept Air.

While we don't have any new official details to share at the moment, we're sure that will change very soon. Lucid has been releasing new information frequently of late as they work to build up excitement for the production Air's official public debut in April during the New Yor Auto Show.

Most of the talk of late about Lucid has been around their CEO, Peter Rawlinson's comments about the Air being more efficient than Tesla's vehicles, and that they are shooting for and efficiency of 5 miles per kWh. If they do manage to achieve even close to that high efficiency, the Air will most likely be the most efficient EV available when they launch before the end of 2020.