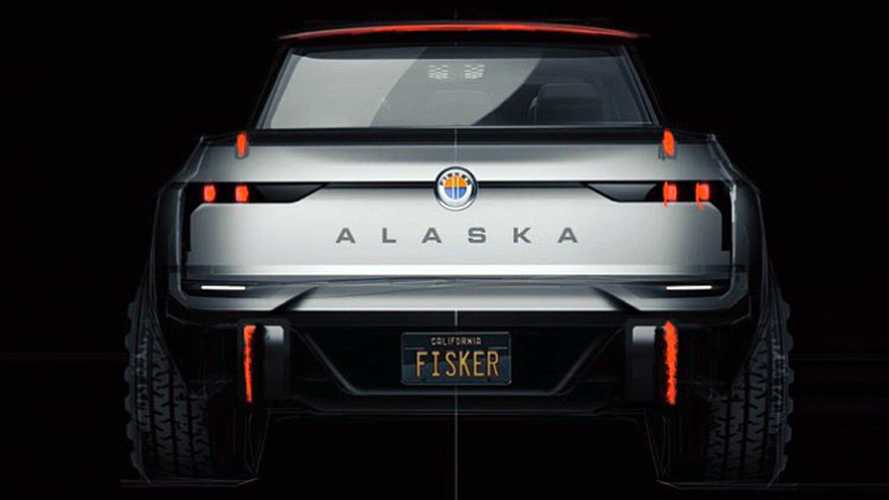 Henrik Fisker tweeted a photo of it which was subsequently removed.

Henrik Fisker seemed excited to share the rear perspective of a possible future Fisker pickup in a tweet with the caption “Electric pick up!”, but that tweet was quickly taken down. And when Car and Driver inquired with the company, Fisker officially confirmed the tweet was “unintentionally sent” by Henrik, which is why it was deleted shortly thereafter.

According to a Fisker spokesperson:

"We can't confirm the model or name of a vehicle that may have been seen in the tweet. We can, however, confirm that Fisker Inc. is indeed working on a modular electric vehicle platform that may underpin several different affordable EV models in the future."

What is clear is that Fisker is at least considering making its own all-electric pickup, following the recent explosion in the number of such projects. There’s the internet-breaking Tesla Cybertruck, but also the Rivian R1T, the Bollinger B2, as well as other announced models from established automakers like Ford and General Motors.

Fisker Ocean To Bow In Europe At 2020 Geneva Motor Show

And if this Fisker pickup is anything like the Ocean SUV, then the manufacturer will try to convince those interested to lease it instead of buying it outright. Furthermore, since the company did confirm it’s working on a modular electric platform, it’s safe to assume the pickup wouldn’t be too different to the Ocean.

We probably won’t be hearing about this one for a while, but we hope we do, since it looks quite cool (even if just from the rear). It has a ridiculously wide stance, slim LED light clusters and what is either a contrasting red roof, or one of the biggest third brake lights we’ve ever seen.

Oh, and just for kicks, since we’re a long way from actually seeing the Fisker pickup, I pasted the rear end from the sketch that Henrik Fisker tweeted onto the Ocean which I tried to convert into a pickup.