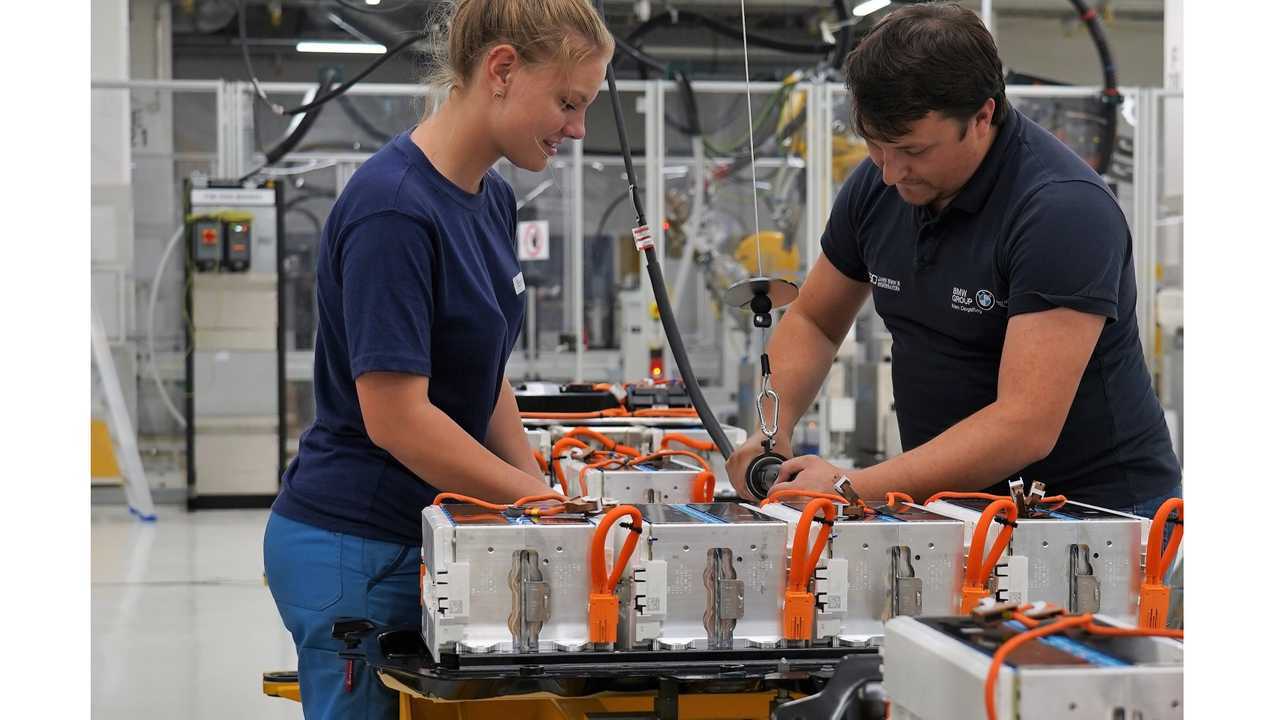 BMW Group announced an expansion of production capacity at the Competence Centre for E-Drive Production in Dingolfing, Germany faster than originally planned as demand for electrified cars requires quick action.

The company has produced battery modules and electric motors since 2013 when the BMW i3 hit the market. This year, the production of battery modules for EV/PHEV is expected to double compared to 2019.

"Important infrastructure decisions are also being made in parallel. In the areas around Dingolfing, the search is underway for a site to locate a new supply centre for the Competence Centre for E-Drive Production. This would be built over the next few years and serve as a “logistics platform” for the competence centre once it reaches its full capacity."

The most recent plug-in models from BMW are 330e, BMW X5 xDrive45e, BMW X3 xDrive30e plug-in hybrids and the pure electric MINI Cooper SE, which this year will be joined by BMW X1 plug-in hybrid and the fully-electric BMW iX3.

For the upcoming ramp-up and planned volume growth, qualified staff are currently being recruited on a large scale – both internally at the BMW Group’s plant locations and outside the company. As Nikolaides points out: “We are also combing the market for specialists for the future technology of e-mobility.”"

Michael Nikolaides, head of Production Engines and E-Drives at the BMW Group:

“We are embarking on a massive expansion of our Competence Centre for E-Drive Production in Dingolfing: from 8,000 square metres currently to 80,000 in the future. This is where we produce powertrain components for our fully and partially electric models. By the end of the year, we will increase our staff in this area from 600 to more than 1,400.” Up to 2,000 employees will work on electric motors, battery modules and high-voltage batteries in Dingolfing in the medium term.

“Thanks to close cooperation between vehicle and component development, our Dingolfing site is now leading the transformation of the automotive industry. More than one in five BMW 5 Series Sedans built at our Dingolfing vehicle plant today is already a plug-in hybrid. We deliver premium e-mobility from Lower Bavaria to customers all over the world.”