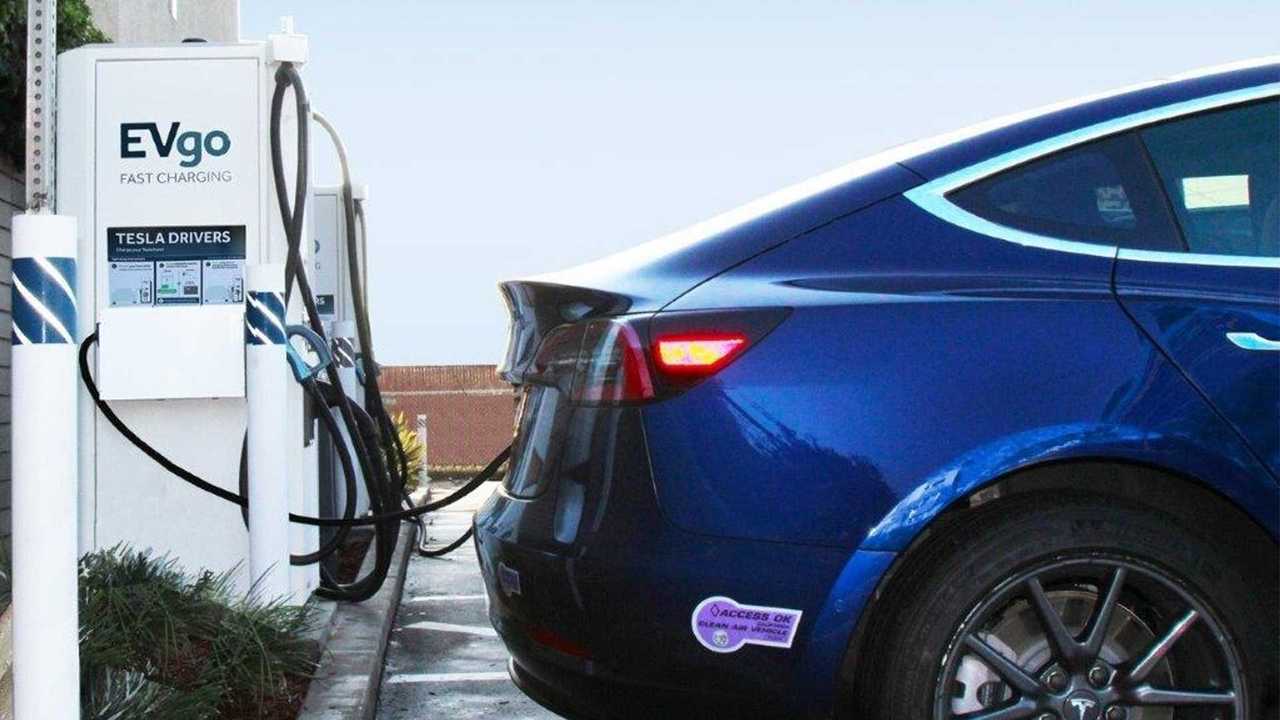 The plan is to add the Tesla connectors nationwide, but it all starts in San Francisco.

Tesla and EVgo just announced a rather shocking decision to team up to allow Teslas to fast-charge at EVgo sites. EVgo will install Tesla connectors to its fast chargers so that Teslas can plug right in.

Of course, this means that Teslas will now have even more sites to fast charge at across the nation, in addition to the already-extensive Supercharging network.

EVgo is considered to be among the most reliable of the fast-charging networks in the U.S., so Tesla's decision to join into an agreement with EVgo was wise in that it largely ensures that those who visit an EVgo site to charge will not be let down by a malfunctioning charger or offline network.

This is, as the below tweet indicates, BIG news:

You can download the EVgo app here to locate a charger near you, but we should note that the installations of Tesla connectors are just now starting and the sites are limited to San Francisco right now:

“EVgo’s new program features integrated Tesla connectors installed at all EVgo public fast charging stations in the City of San Francisco. We expect the program to expand nationally from there in 2020. EVgo’s new integrated Tesla charging provides up to 90 miles of charge in about 30 minutes at one flat per minute rate, with no additional fees.”

EVgo's nationwide network has grown to some 750 fast-charging locations and expansion is still underway.