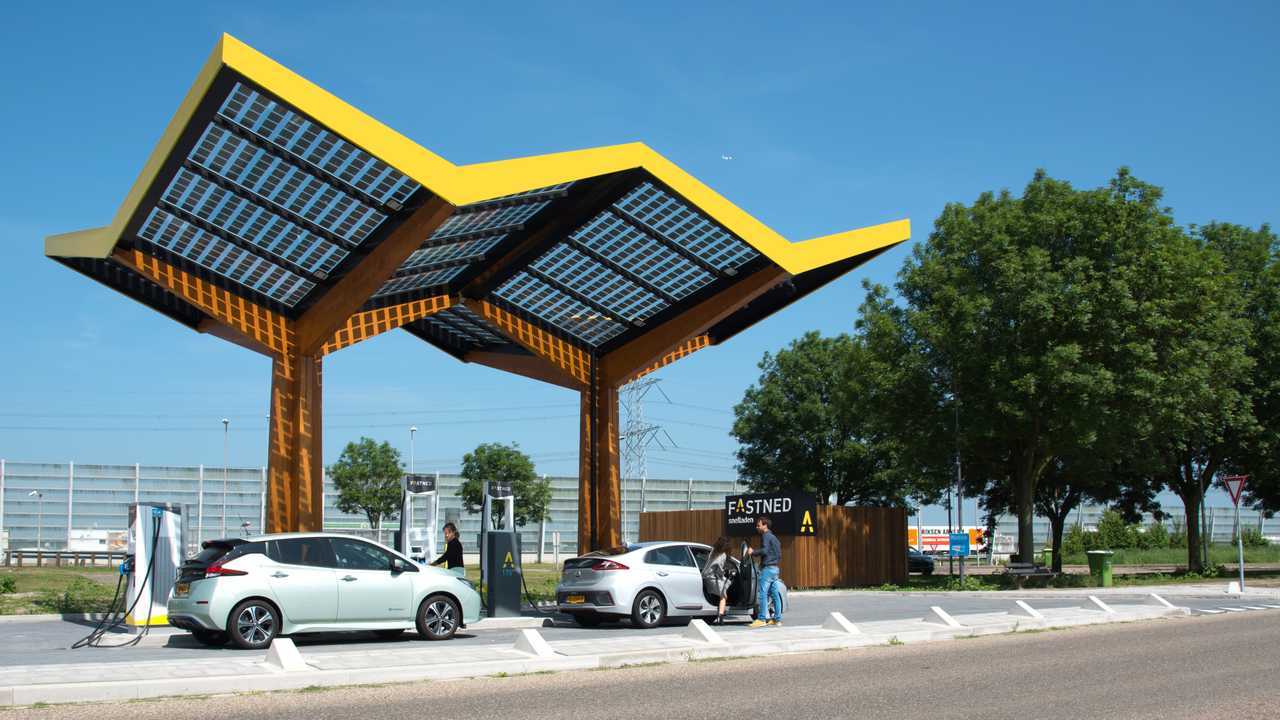 13 highway locations for 350 kW charging stations have been secured alongside highways.

Fastned, one of the major European fast charging networks, announced an important first step in Belgium, where 13 highway locations have been acquired.

All the sites are expected to get 350 kW fast chargers (multiple stalls) to enable long-distance travel.

"These locations are part of a partnership with the Agentschap Wegen & Verkeer (AWV) to provide highway parkings in Flanders, Belgium with fast charging stations. At these stations electric cars will be able to charge up to 350 kW with 100% renewable electricity."

"The stations will be built on existing parking areas directly along the major highways in Flanders in the provinces of Limburg, Vlaams-Brabant and Antwerp. The highway parking areas fall under the authority of the Agentschap Wegen & Verkeer (AWV). AWV is the Flemish road agency, responsible for the management and maintenance of the road network in Flanders. The permission that AWV has granted for the locations is valid for 15 years and the result of a public request from AWV in collaboration with BENEFIC, an initiative of the Connecting Europe Facility."

There Is No Such Thing As A Level 3 EV Charger: Video

Fastned so far installed 114 stations (mostly in the Netherlands, with a small number also in Germany and one station in the UK). The long-term ambition is to expand throughout Europe.

To fund the ongoing expansion of the network (not only in Belgium), Fastned just raised €12 million ($13.4 million) with the issue of bonds.

“We are very happy that we will be building fast charging stations directly along highways in Belgium. This fits our mission perfectly, namely to give freedom to the electric driver and accelerate the transition to electric mobility. Our goal is a European network of fast charging stations where all electric cars can charge and with these locations we are one step closer.”

“More and more people want to invest in an electric car, according to a Vias study. One out of six Belgians indicates that he or she is considering to buy an electric car within three years. The expansion of the number of fast charging stations for electric vehicles along the Flemish motorways makes it easier to use an electric car. We support every initiative that increases confidence in electric or zero emission driving.”