Rivian just released a stunning new image of the R1S electric SUV in white. This is believed to be the first time we've ever seen the R1S in any hue other than green.

The new R1S image comes to us via Rivian's own Twitter account and it captures the white SUV out in its outdoorsy element. The caption reads "Clean for now..." implying that this R1S is about to head out on an adventure that will surely dirty its fresh white paint.

The R1S is expected to launch a year or so after the Rivian R1T electric pickup truck, so expect to see sales of the R1S begin in late 2021 or so.

Rivian R1T Is More Than Halfway The Long Way Up: Spotted In Guatemala
Upcoming Lincoln Electric SUV May Use Rivian's Skateboard Chassis

To recap what the R1S electric SUV offers, here's a brief rundown:

Offered in 5- or 7-passenger configurations, the R1S can be equipped either as a family hauler or more of a cargo carrier. The flexibility to order it with either five or seven seats will really open up the demand for the R1S.

Electric range is even more impressive than the R1T truck. The biggest pack offers 410-plus miles of range, while even the smallest pack is supposedly capable of delivering over 240 miles of electric driving bliss. This sort of range makes the Model X seem a bit in need of some increased battery capacity.

Top speed for all versions is listed at 125 MPH and 0 to 60 MPH varies depending on pack size and motor output. The quickest R1S hits 60 MPH in just 3.2 seconds, while the slowest is still no slouch at 4.9 seconds.

As you'll see in the specs below, the R1S can haul a rather hefty load and can tow too. It also is set up for off-roading in that its entry and departure angles, as well as ground clearance,and water fording depth are more than adequate for the rought stuff. 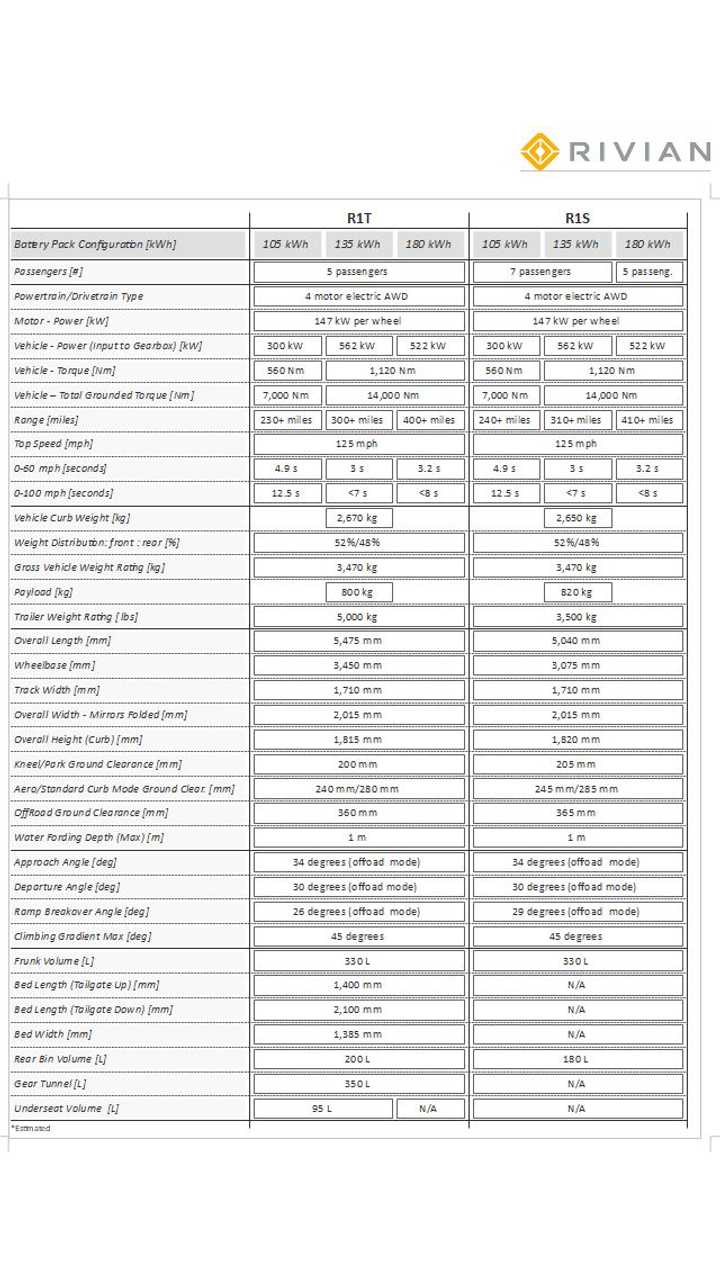