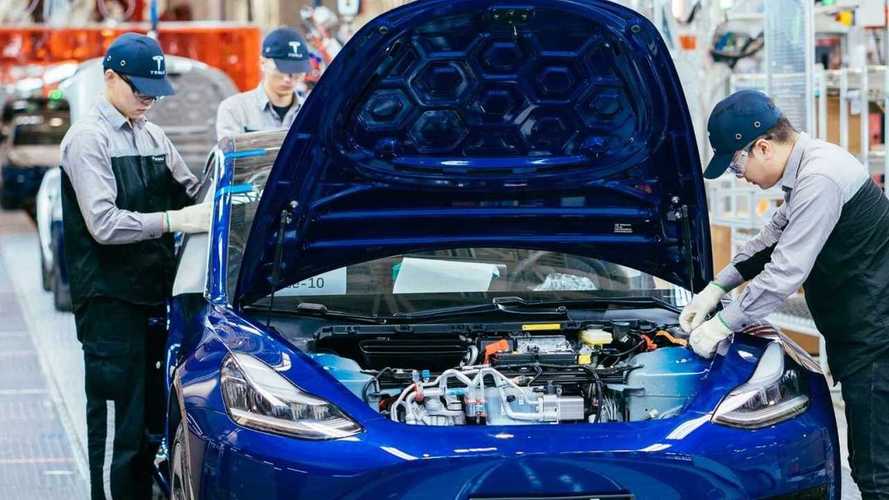 Deliveries of the China-made Tesla Model 3 are expected soon as carriers have been spotted leaving the factory.

Reports from China indicate that Tesla has already started the delivery process of Made-in-China (MIC) Model 3s, as the first car carriers were seen leaving the Gigafactory 3 in Shanghai.

It might be related to the reportedly recently obtained subsidy approval for the MIC Model 3, of around 24,750 yuan ($ 3,500). It's possible that Tesla waited on deliveries to get all the bureaucratics done.

Below we attached a Twitter post from Jay in Shanghai, which shows images of Model 3s on a carrier.

Forget Waiting Months, My Tesla Model 3 Was Repaired In Days
⠀

The EV Stock Channel recently estimated, using the growing number of MIC Model 3 on the parking lot at the Gigafactory 3 as a base, that the production rate between November 29 and December 5 increased to over 40 a day (1,250 a month).

Well, now we are just waiting on the reports of first deliveries of MIC cars.