Forget Waiting Months, My Tesla Model 3 Was Repaired In Days 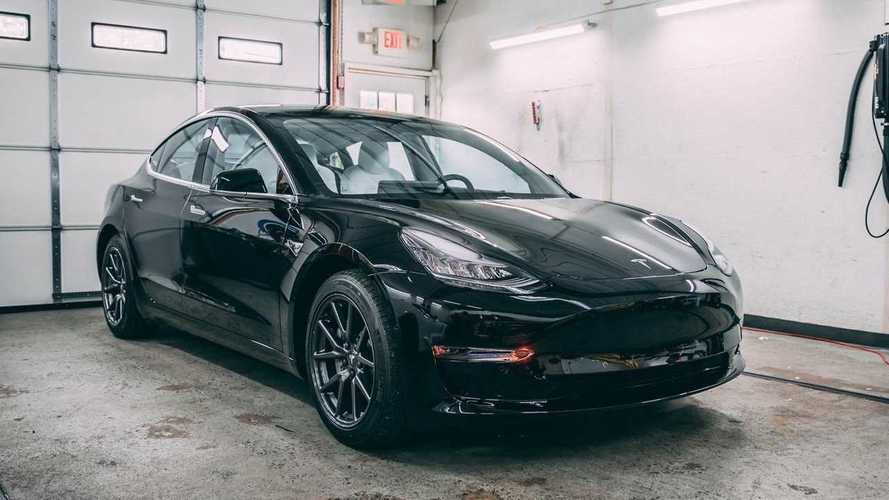 Are shorter waiting times for Tesla parts the new normal?

Ever since I ordered my Tesla Model 3, I thought to myself (and told my wife) "just don't have an accident!". Nobody ever wants to have an accident with their new car, but when you own a Tesla, there is an additional incentive to be extra careful. That's because of numerous reports that Tesla takes extremely long to ship out parts for damaged Model 3s, leading some owners to be without their car for many, many months.

I've owned a lot of cars and trucks, and I've been lucky that I haven't had an accident with any of my cars until they were at least a year or two years old. So, of course, that would end now that I was really praying that it wouldn't happen to this particular car. Low and behold, it took me only four and a half months to end up needing bodywork.

About three weeks after the incident, Tesla rolled out an OTA update and one of the upgrades was that sentry mode now writes over old files, so there's no longer the need to remove the USB and delete the old files. Unfortunately for me, that update came three weeks too late.

When I'm not writing about electric vehicle news for InsideEVs, I work for Plug In America helping auto dealers sell more electric cars. Together with Program Director Eric Cahill and the rest of the team, we've developed a dealership program called Plugstar which trains, certifies and helps car dealers better understand and sell more electric cars.

On the day of the incident, I was visiting a number of car dealers in New Jersey, speaking to general managers about the benefits of being a PlugStar dealer, and hopefully signing them up. I probably went to 6 or 7 dealers that day and didn't notice the damage until I got home at night when I walked around the car in my garage.

I suppose I didn't notice during the day because I kept entering and exiting the car from the driver's side and the damage was on the passenger's side rear wheel well. I don't even know where it happened. Since the person took left the scene without reporting it, I didn't have anyone to blame so I had to report it to my insurance company and pay my collision deductible of $500.00 out of pocket.

The first thing I needed to do was figure out where to bring it. I know it's important to find a Tesla certified shop, so that was the first thing I searched for. Luckily, I found one that was only about 15 miles from my house, and it had very good online ratings. So off to D&M Auto Body in Rockaway, NJ I went, fully expecting them to tell me not to expect them to be able to get the parts for a while.

When I first made the appointment, Bob, the manager at D and M Auto Body told me that he's noticed that Tesla has been getting much better recently with delivering the parts quickly, but I was still figuring that this was going to take a while. However, since it was only minor cosmetic damage and I could drive the car until the parts came in, I didn't need to leave it there while the parts were ordered.

Even though it looked like minor damage, the repair estimate was slightly over $4,000, because it needed an entire new rear bumper cover (the bumper cover wraps around the sides of the car) and the rear wheel well had a dent and deep scratches.

The parts order list for my Model 3 body repairs. You can see the ordered and delivery date, showing how quickly the parts came.

Much to my surprise, the majority of the parts were delivered to the body shop in five days, with one part taking nine days. The body shop had all of the parts in under ten days - fantastic. Tesla even emailed me parts delivery updates every couple of days, so I knew what the shop had, and what they were waiting for. When I went to pick up the car I asked Bob about the rapid parts delivery and he reminded me that he said Tesla was getting better, and that they have been continuously reducing the time it takes him to get parts to repair damaged Tesla's.

The car was repaired a week after the parts were delivered, so from the day the parts were ordered from Tesla, it took less than three weeks to deliver the parts and repair the vehicle. I certainly can't complain about that.

I know this is only one data point, but after reading so many stories about customers complaining about how long it took them to get parts for their Tesla, I'm cautiously optimistic that Tesla is getting their act together with regards to Model 3 parts for body repairs.

Have you had your Tesla repaired at a body shop lately? Let us know how long it took and what the holdups were, if any, in the comment section below.