It will certainly help to reduce carbon emissions.

In recent news, New York City just included the Tesla Model 3 on its approved list of taxis. In fact, Model 3 is the first all-electric car to make it to the list. A few hybrid cars had made the list previously including the Toyota RAV4, Toyota Prius, Chevrolet Malibu Hybrid, and Ford Fusion Hybrid (see full list below). 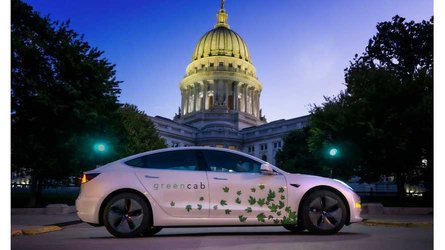 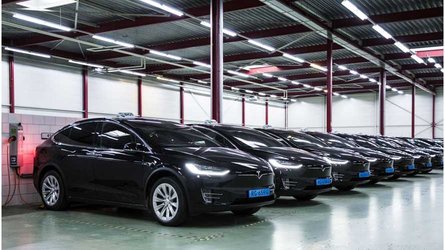 Above: Rendering of a Tesla Model 3 as a NYC Taxi (Instagram: elcarrocolombiano)

Although the era of the self-driving Robotaxi is drawing closer — it remains sometime (ETA unknown) in our future. Electric cars, however, have arrived. As local governments around the world recognize electric cars as an alternative for traditional gas-powered vehicles, a more sustainable clean future can be achieved sooner.

And once the Tesla Network, the company's ridesharing service is officially launched, individual owners can earn additional income directly from the Silicon Valley automaker. Some Tesla owners are already making side income using their electric cars as money makers via services like Uber, Lyft, and Turo. Along with making those greenbacks, there's (of course) the added benefit of going green.

Above: List of approved vehicles for NYC yellow cabs now includes the Tesla Model 3 (Source: The City of New York)

Without a doubt, the use of electric taxis should reduce carbon emissions significantly — more than 3x lower than an internal combustion engine (ICE) car, according to some handy calculations noted by a Redditor:

If NY commissions solar/wind capacity to service these cars or just follows through on their renewables targets then the carbon/air quality savings are even more pronounced if not zero.

If taxi fleets in busy cities slowly shift towards electric mobility, we could save millions of tons of CO2 that would otherwise enter the atmosphere. This is already beginning to happen in some progressive cities around the globe.

Above: Tesla Model S and X taxis are already being used in cities like Dubai (YouTube: Khaleej Times)

And other electrification efforts announced by city officials are encouraging as well. For instance, the City of London is taking keen action on this front and has started an initiative to build 50,000 EV charging points by 2025. In addition, by 2030, the Mayor announced that all new cars and vans sold in London will be fully electric and the sale of internal combustion engine vehicles will be banned. And other cities, like Paris, are doing the same.