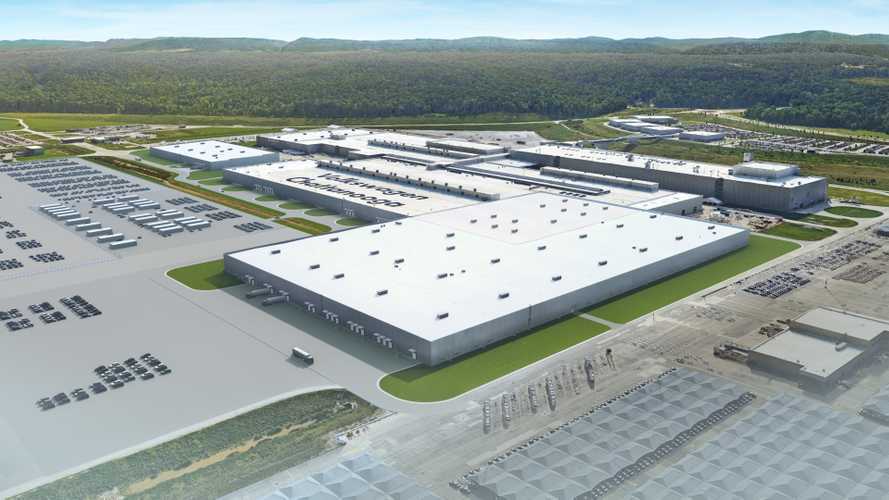 The production version of the ID. CROZZ concept will be manufactured in Chattanooga, Tennessee from 2022 on.

Volkswagen today officially marked the start of construction for its electric vehicle production facility at the Chattanooga plant in Tennessee, which will become VW's North American assembly base for BEVs based on the MEB platform.

The investment of $800 million will create some 1,000 new jobs and will allow expanding the body shop by 564,000 square feet. Additionally, the company will build a new 198,000–square-foot battery pack assembly facility.

The German manufacturer currently produces three conventional models in Chattanooga (the midsize Atlas SUV, the Passat sedan and a five-seat version of the Atlas, the Atlas Cross Sport), which in 2022 will be joined by a production version of the Volkswagen ID. CROZZ concept (probably Volkswagen ID.4).

Both, ICE and BEVs will be built on the same assembly line.

As it's quite some time to 2022, the first ID. models for the North American markets are expected to be imported from Zwickau Germany.

"The production version of the ID. CROZZ will initially be assembled in Zwickau. Production of that vehicle is set to begin in Chattanooga in 2022."

“This is a big, big moment for this company. Expanding local production sets the foundation for our sustainable growth in the U.S.  Electric vehicles are the future of mobility and Volkswagen will build them for millions, not just millionaires."

“This is a big, big moment for this company,” said Scott Keogh, president and CEO of Volkswagen Group of America. “Expanding local production sets the foundation for our sustainable growth in the U.S.  Electric vehicles are the future of mobility and Volkswagen will build them for millions, not just millionaires. "

Volkswagen began long-range EV production earlier this month in Zwickau, Germany, and will then roll out assembly worldwide, including in Anting and Foshan, in China, in 2020 and in the German cities of Emden and Hanover by 2022. The Chattanooga site will be VW's North-American hub for EV manufacturing.

Volkswagen’s investment of about $800 million in the Chattanooga facility will require the addition of about 1,000 jobs. The production version of the ID. CROZZ will initially be assembled in Zwickau. Production of that vehicle is set to begin in Chattanooga in 2022.

The expansion of the plant includes a 564,000-square-foot addition to the body shop. Volkswagen will build both internal combustion engine vehicles as well as battery electric vehicles on the same assembly line.

The company also announced it intends to build a 198,000–square-foot plant for the assembly of battery packs for EVs at the Chattanooga site.

“With Volkswagen’s expansion, Tennessee is on the cutting edge of the move to electric vehicles and our workforce is up to the challenge.” Tennessee Gov. Lee said. “We look forward to a continued partnership with VW and the growth of advanced manufacturing in Chattanooga and beyond.”

Ambassador Haber added, "The United States plays an absolutely central role in German carmakers’ global activities. German carmakers like Volkswagen have already invested here, in Tennessee and in the U.S. as whole, creating jobs and training young employees. I wish Volkswagen of America and this new facility for electric vehicles all the best and a lot of success."

Tom du Plessis, Volkswagen Chattanooga CEO, said the expansion signals the start of new, high-tech processes in the plant. Hiring for the new assembly will begin in early 2020 and will continue as needed for ramping up production, he said. Positions added for the expansion include supervisors, specialists and a variety of engineers specializing in electrical, software, mechanical, manufacturing, chemical and quality.

“Electric vehicle and electric-vehicle battery production require new and different technical skills than those we currently use,” du Plessis said. “We're working with our colleagues abroad, as well as with the Volkswagen Academy, to ensure our team members are well-prepared.”

Volkswagen currently builds the midsize Atlas SUV and the Passat sedan at the Chattanooga factory. A five-seat version of the Atlas, the Atlas Cross Sport, began production in Chattanooga in October. It goes on sale early next year.