The video the company released gave us a tip with the concept's name: Vision T.

Hyundai has revealed a concept for the Los Angeles Auto Show that looks like a fully electric car but is a plug-in hybrid. It also looks like a station wagon but is probably a crossover. It even suggests its name could be Vision T, defined by dictionaries as “an imagined mental image of something.” That something is the new generation of the Hyundai Tucson.

UPDATE: Our rendering artist João Kleber Amaral believes this car anticipates the future Tucson and we have changed the article to reflect that. 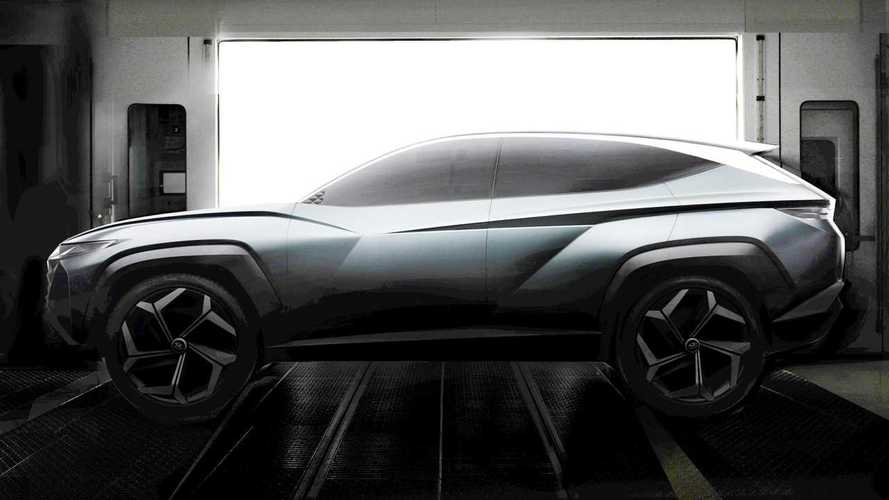 In our original text, we mentioned Hyundai could really do well with a plug-in hybrid version of a bigger CUV than the Kona. Our rendering artist João Kleber Amaral woke up, read the article and mentioned that it is precisely what this car is. He even noticed Hyundai calls it Vision T, with a stylized T under the word Vision. 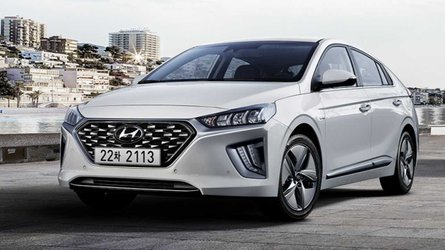 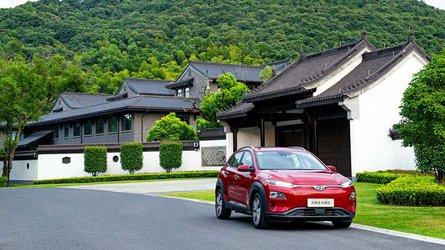 Hyundai Sells The Kona Electric In China As Encino EV For $24,766

The concept seems to be electric because a charging port appears in the video above. However, the video itself shows it has a combustion engine under the hood. Check the active front grille, which opens or closes in the footage.

Hyundai calls it the Parametric Air Shutter. When things get a name, they are certainly going into production. We bet it will be on the new Tucson.

This sort of device is used to increase aerodynamic efficiency by opening only when the thermal engine needs cooling. A pure electric car does not require that and could present a closed front grille right away. 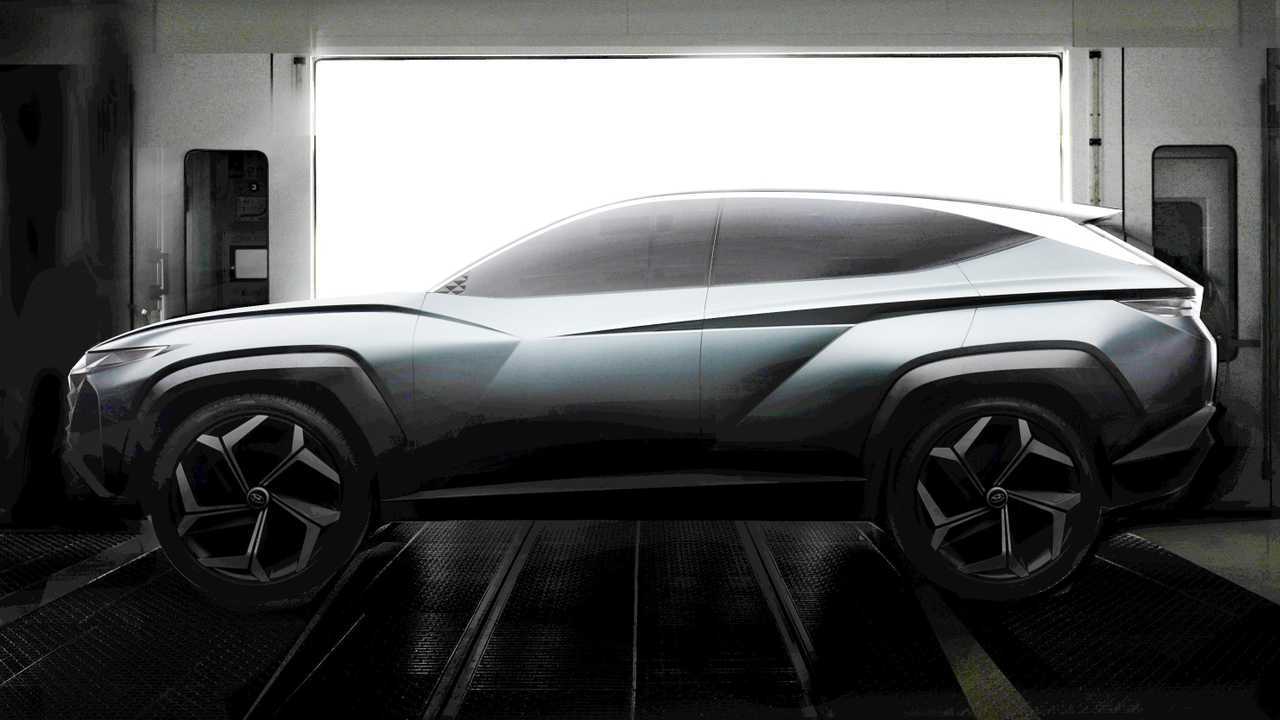 Hyundai’s concern with the lowest possible air resistance is not restricted to the active front grille. The vehicle has no wing mirrors nor door handles, which increase drag. There is currently a trend to replace rear-view mirrors for cameras for improved aerodynamics.

With the few details Hyundai revealed, what calls our attention is the lightning of the concept. The Hyundai logo lights up with the taillights, and the headlights are followed by elements inside the front grille that also light up. Hyundai has already presented a production vehicle that does that: the 2020 Azera, also known as Grandeur. Hyundai calls that the Hidden Signature Lamp. 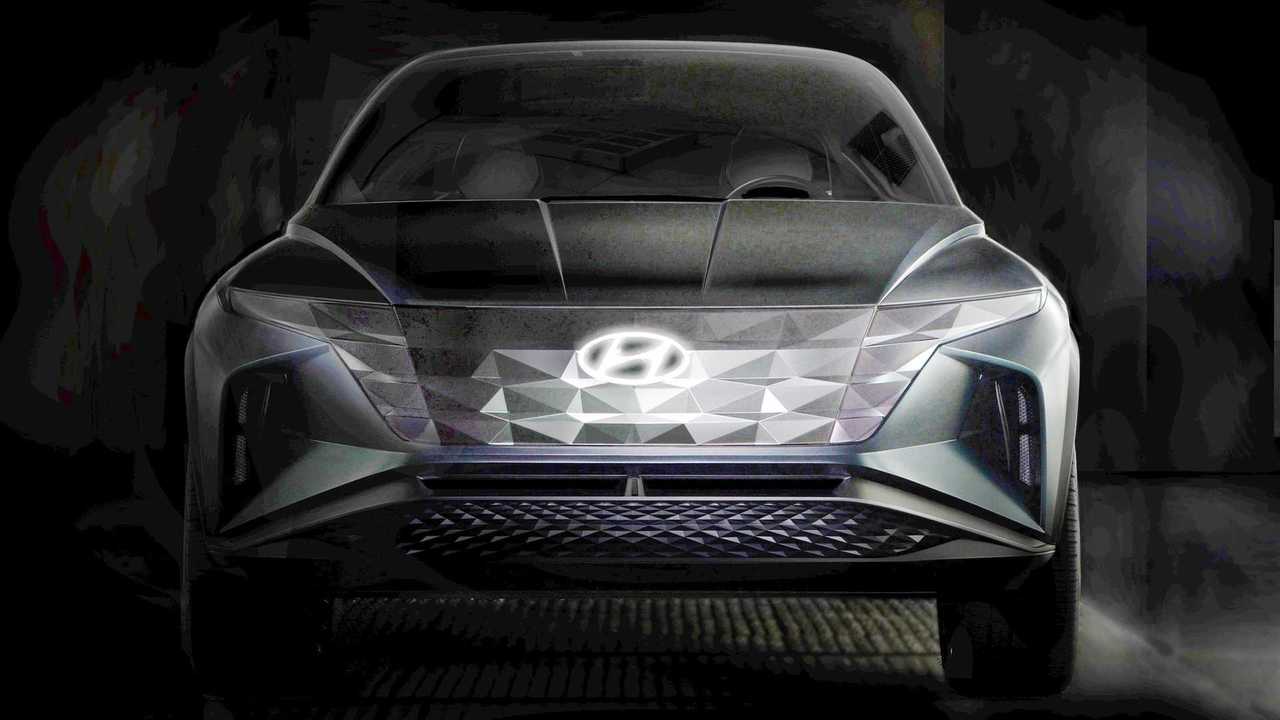 Unfortunately, the company has not revealed its electric-only range nor any other interesting technical detail of the car. Hyundai announced it would present 13 new vehicles of this kind until 2022, even if that is not really accurate. One of them will certainly be the PHEV version of the Tucson.

Thank you for the hat tip, João!

“We pursue innovative solutions in design and add emotional value to our product experience through sensuous sportiness design language,” said SangYup Lee, Senior Vice President and Head of Hyundai Global Design Center. The SUV concept is powered by a plug-in hybrid powertrain indicating its eco-lifestyle focus and its inherent balance with the environment in which it is driven.

Two derivative sub-themes of the dynamism fundamental design concept are Parametric Fantasy and Transcendent Connectivity. In these sub-themes, all parametric surfaces are connected from the body to either light or trim features. It features seamless connectivity free from distinct design boundaries. Ambient light reflects off these concave and convex lines creating an extreme sense of tension. Charisma is added with the evolution of a Hidden Signature Lamp derived from the Le Fil Rouge and Grandeur Face Lift. At higher speeds, the Parametric Air Shutter is an original developmental feature that actively adjusts both aerodynamics and design.

When stationary, the grille is closed and static. Once in motion, each individual cell of the grille design continues to move in a prescribed sequence, creating a truly dynamic forward demeanor. This dynamic character includes the functional effect of controlling airflow to the powertrain, optimizing aerodynamics and fuel efficiency.