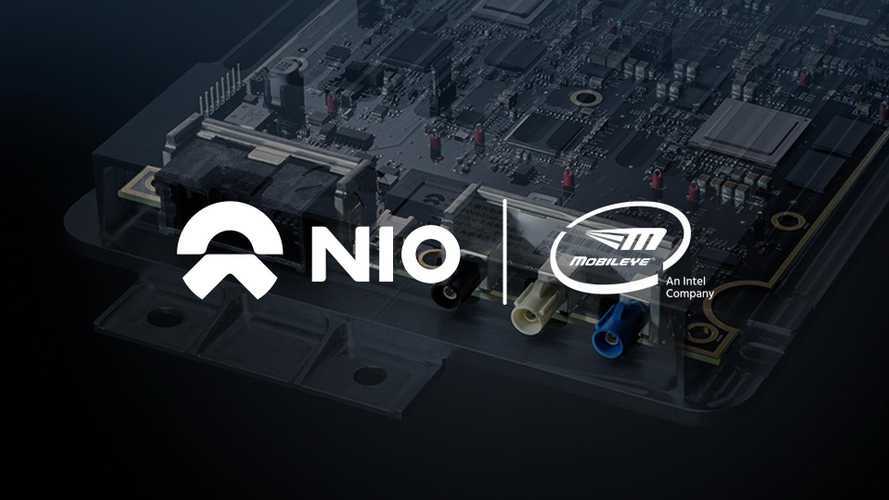 NIO announced earlier this month a strategic collaboration with Intel's Mobileye on Level 4 autonomous driving technology for the Chinese market "and beyond".

According to the press release, NIO will engineer and manufacture autonomous driving systems (designed by Mobileye) for its own vehicles as well as for Mobileye:

"As part of the planned cooperation, NIO will engineer and manufacture a self-driving system designed by Mobileye, building on Mobileye’s level-4 (L4) AV kit. This self-driving system will be the first of its kind, targeting consumer autonomy, engineered for automotive qualification standards, quality, cost, and scale. NIO will mass-produce the system for Mobileye and also integrate the technology into its electric vehicle lines for consumer markets and for Mobileye’s driverless ride-hailing services. This variant will target initial release in China, with plans to subsequently expand into other global markets."

The second part of the partnership may mean that Mobileye will use a fleet of NIO's autonomous robotaxis at some point in the future.

Overall, it seems like a big deal for NIO, which gets the opportunity to not only accelerate the development of autonomous driving, but more importantly at the moment, gets a new opportunity for a revenue stream.

“At NIO, we pride ourselves on our pursuit of innovation and cutting-edge technology, which not only strengthens our product competitiveness but also shapes a joyful lifestyle for our users. We look forward to building our strategic collaboration with Mobileye in autonomous driving technology development, to further enhance the safety and capabilities of our vehicles, as we strive to be the next-generation car company and the best user enterprise.”

“We are thrilled by the promise and potential of collaborating with NIO on electric autonomous vehicles, for both consumers and robotaxi fleets. We value the opportunity to bring greater road safety to China and other markets through our efforts and look forward to NIO’s support as Mobileye builds a transformational mobility service across the globe.”