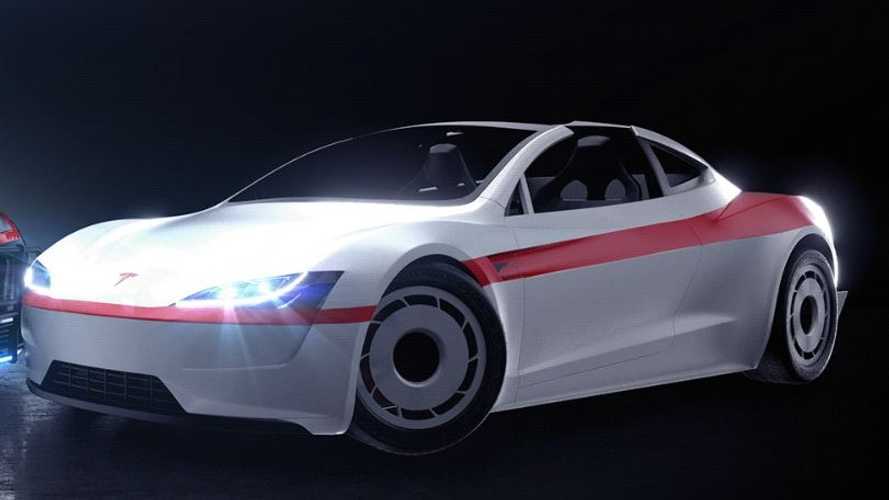 The new Tesla Roadster has been rendered to take on the form of the Face car from the hit 80's show The A-Team. Check it out right here.

Yesterday, we posted on the rad Tesla Semi render seen in these images too. The Semi is envisioned as the Model A, a large electric van for The A-Team reboot (not likely to actually happen). But included with the Semi renders was a few images of this slick, retro-styled Tesla Roadster.

The Roadster is envisioned as Face's car by artist Martin Hajek on Behance. Face was one of the main characters in the 80's show The A-Team. Face always drove the fancy cars (Corvettes), while the rest of the A-Team mainly traveled in a full-size van.

What we find interesting in these renders of the Roadster as an A-Team car is the fact that the car itself lends well to a retro look, despite the fact that it's possibly one of the most advanced cars ever made.

The real-life Tesla Roadster is an insane electric machine. Here are some of its specs:

More On The Insane Roadster

Turns Out, Production Tesla Roadster Will Be Way Better Than Prototype
++2