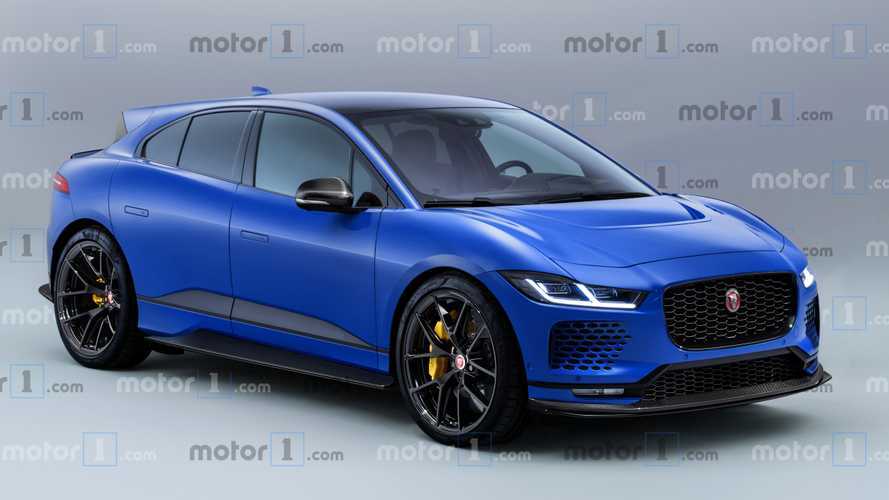 Get ready for a future when performance models won't have a combustion engine.

There used to be a time not long ago when coupes with large-displacement combustion engines dominated the performance car scene, but as Bob Dylan said, “times they are a-changing.” With the Model X, Tesla has demonstrated a large and heavy SUV can be amazingly quick thanks to an electric powertrain providing an ample amount of instant torque.

The premium German brands are playing a difficult game of catch-up and that means it will take a while before AMG will have an EQ SUV, BMW a tall M sans a combustion engine or Audi Sport that spicy E-Tron S we might have spied earlier this year. Jaguar is in the same boat as Deutschland’s trio, but at least we have the promise of a performance derivative of the I-Pace.

Officially confirmed a few weeks ago, the SVR version of Jaguar’s first EV is on the “to do” list, but it’s not a top priority at the moment for the high-ranked officials as they’d rather first see on sale other models able to generate a greater volume.

The recent statement made by JLR’s Special Vehicle Operations boss, Michael van der Sande, about the plan to develop an I-Pace SVR has prompted us to update our original rendering of the electric SUV. The more muscular bodywork with aero enhancements and a few black accents denote it’s not an ordinary version of the EV, while the lowered suspension setup and beefier brakes behind the enlarged wheels are also traits of an SVR variant.

It’s too soon to detail what Jaguar will do to the hardware as the company has not released any information whatsoever. That being said, an educated guess would be a bigger battery than the 90-kWh pack inside the standard I-Pace as the dual electric motors would suck more energy, let alone an extra electric motor if the engineers were to go down that road. That’s what the rumor mill is saying about the aforementioned E-Tron S by the way, while Tesla has already confirmed the Model X with the upcoming Plaid powertrain will rock a trio of electric motors.

Regardless of the form the upgraded powertrain will take, the Jaguar I-Pace SVR is expected to push out well over the 394 hp and 512 lb-ft (694 Nm) available in the standard model. Consequently, the time to hit 60 mph (96 km/h) would drop from the current 4.5 seconds while the top speed electronic limiter might be loosened up a bit to allow the electric performance SUV to exceed the 124 mph (200 kph) of today’s I-Pace.

We are not expecting the production version to come out before 2021.