Confirmed: Police Pulling Over A Tesla On Smart Summon Was Staged 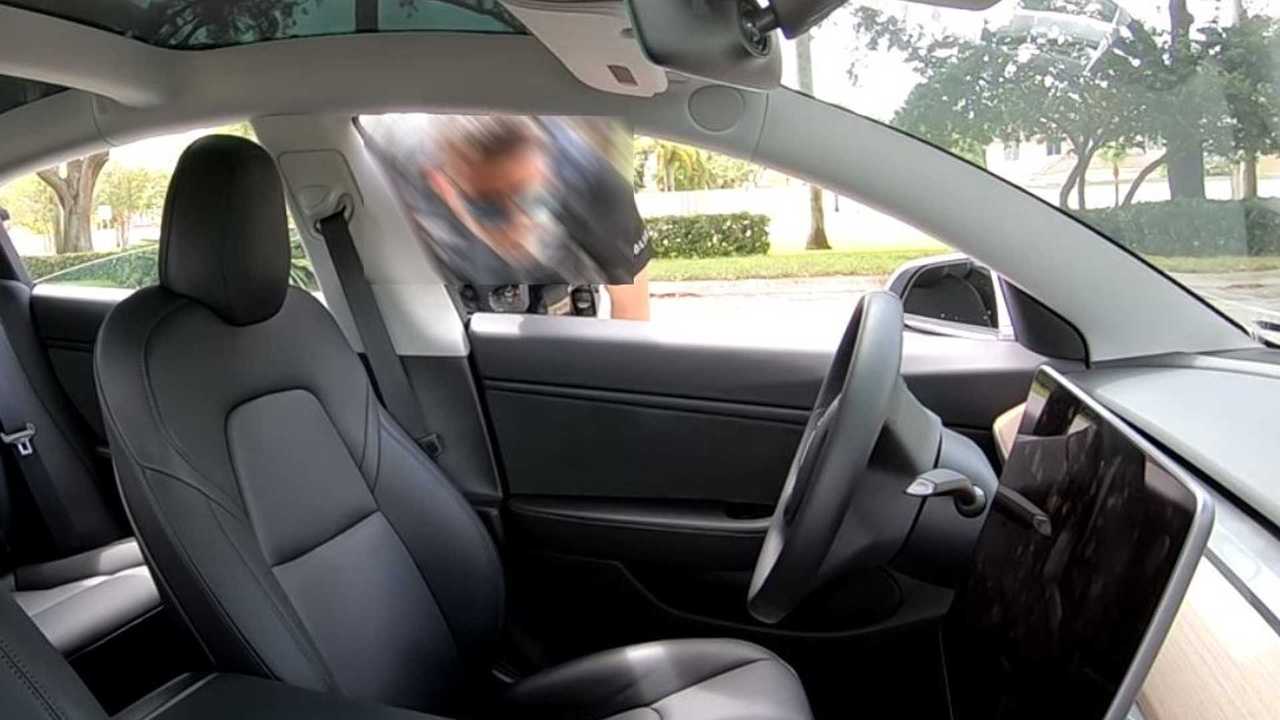 The police officer got in touch with InsideEVs and solved any doubts.

A video from the DragTimes YouTube channel made waves on the internet after it showed a police officer pulling over a Model 3. The unusual element of the video was that the Tesla was in Smart Summon mode. We had the suspicion it was all staged, but we could not tell for sure. Well, the officer involved in the whole thing got in touch with InsideEVs and confirmed it: it was all make-believe.

The problem was that people – and his superiors – could identify the officer by the images on the video. “The poster forgot to blur out everything I requested and, for some reason, rushed to upload the video,” told us the policeman, asking us to blur the images in which he appears. That should be enough for you to understand why we will not mention his name.

The police officer seized the chance to talk to us to clarify some of the legal doubts that we had. He was kind enough to produce the following text, which we reproduce exactly as he forwarded it to us:

“First and foremost, anything within these few questions/answers is pertaining to Florida law. I can’t speak for other states, etc.:

Q: Was this staged?

Q: Can a local police agency/sheriff’s office issue a citation on private property?

Q: Who would receive the ticket in a case like in the video?

A: Florida law states that the person “controlling/operating” the autonomous car would be responsible. Holding down the “summon” button in the app technically puts you in “control” of the vehicle making you the sole operator of said vehicle (making you responsible for any mistakes the car may make: I.E. running a stop sign, etc.)

Overall with what I’ve seen online and in-person with the “Summon Mode” is that the car is extremely cautious. The car would sometimes come to a complete sudden stop if there were any sort of movement in front of the vehicle. This sort of eases my mind in cases where a pedestrian, bicyclist, motor vehicle, or other obstruction were to travel in front of the vehicle. At the same time, I would sure hope that if there were some sort of malfunction with the front-facing sensors/cameras/radar there would be a failsafe to either disable the vehicle/notify the operator.

I’d say the biggest hazard in this stage of the Summon Mode is the sudden stops of the vehicle. Vehicles behind the Tesla could be following too closely/not paying attention and rear-end the vehicle. Another hazard would be where the Tesla would place itself when responding to the operator. In one test within the video, the vehicle placed itself into the opposite direction of travel to be close to the operator/summoning area. This could obviously be a hazard, but I do believe the vehicle would stop itself in time before any collision (it would just cause other drivers in parking lots to be extremely frustrated).

Autonomous vehicle laws are extremely new and enforcement hasn’t been prominent considering it’s so new. I have yet to encounter any Tesla vehicles violating traffic laws while actually working. As of now, the laws state that whoever is ‘operating’ the vehicle is responsible for any sort of violations/crashes, etc.”

There you go, from one who enforces the law every day. It is just a pity we are not able to give you proper credits, officer.

Will Brooks Weisblat record a new video explaining why he did not tell that it was a joke from the start? Or why he decided to publish the video without blurring the officer’s face and identification, as he requested? We’ll keep an eye on that.

To the officer himself, we had one last question: Would you miss the chance to be the first man ever to ticket an autonomous vehicle? “Unless the poor little Tesla caused an accident while in Smart Summon, I wouldn’t give a ticket.  Smart Summoned Teslas seem to have a decent driving history.” And he laughed.