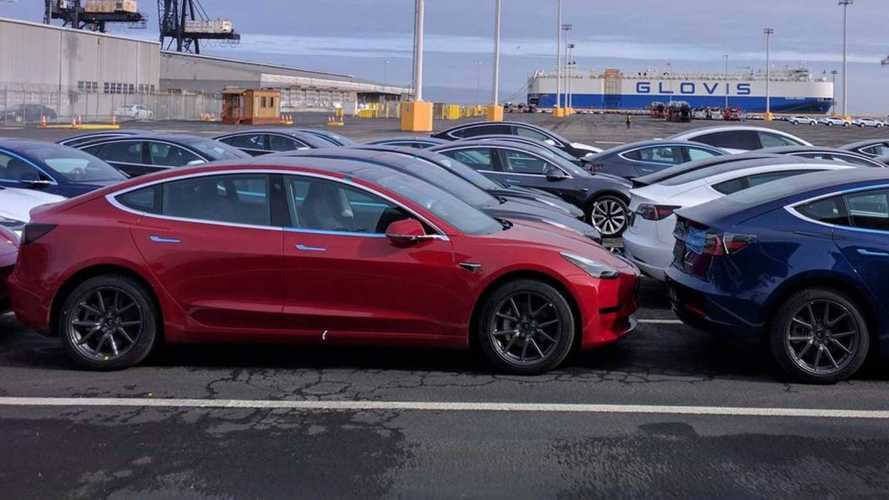 The Model 3's progress is incredible, not only as an EV, but also compared to all cars.

Tesla’s Model 3 is the best-selling electric vehicle just about everywhere it’s gone on sale, but in a few European markets, it’s wiping out the fossil-powered competition as well.

In Norway, the world’s EV capital, Model 3 has been the best-selling vehicle in 2019 so far. A recent article in CleanTechnica makes the level of Tesla’s leadership clear: Model 3 accounts for 11.6% of all passenger vehicle sales this year, and the Californian sedan beat the #2 Volkswagen Golf by a margin of over 50%.

Model 3 is also dominating in the Netherlands, which by most measures is the world’s second-most electrified country. Tesla’s magnum opus was the 3rd best-selling vehicle through August, and reached the #1 spot once September’s sales surge kicked in.

In Switzerland, Model 3 is #7 among all passenger vehicles for the year, and briefly held the #1 spot in March.

Back home in the US, Model 3 sales are respectable, but nothing like the runaway success seen in these three European markets. Here, Model 3 was the 9th best-selling car (excluding SUVs, crossovers, and pickup trucks) in the second quarter of 2019.

Norway, the Netherlands and Switzerland are three of the world’s wealthiest nations, so Tesla’s success in these markets bears out the axiom that new technologies usually take root at the high end of the market before trickling down to lower-income consumers.

However, there are some big differences among these three markets, and a closer look at CT’s charts reveals some interesting insights. In Norway, thanks to a combination of punishing taxes on gas guzzlers combined with generous incentives for plug-in vehicles, it’s pretty much madness to buy a legacy fossil fuel car. EVs represent most of the sales of the top ten models (a few of which come in electrified and legacy versions).

In the Netherlands, the picture is quite different - the Tesla is the only pure EV that made it into the top 20 (although the #4 VW Golf does have an electric version, which accounted for an unknown number of sales). This is also a highly charged country, as a visit to Amsterdam makes clear, but the Dutch came to the party a bit later than the Norwegians, and gas burners are still hanging around in numbers.

Unlike these two electromobility leaders, Switzerland offers no incentives to EV buyers, and there’s substantial political resistance to electrification. The Alpine country has a car culture that rivals that of Germany or the US, and the well-to-do Swiss love Teslas, but have so far shown little interest in other EVs. Model 3 was the only electrified vehicle to make it into the top 20 (although the VW Golf was #3, and again, a few e-Golfs were doubtless hiding in the sales figures).

Impressive as these results are, let’s take a reality check before breaking out the Champagne. Volume deliveries of Model 3 in Europe only started in February, so the sales surge we’re seeing represents a lot of pent-up demand - many of these deliveries are vehicles that may have been pre-ordered months ago. And, while the threat of competition from the legacy automakers has been vastly overblown by some of the media, it is coming. High-end EVs from Audi, Jaguar and Porsche offer alternatives to Models S and X, but they don’t compete with the medium-priced Model 3. However, VW’s mid-priced hatch, the ID.3, will be hitting European streets soon, and more mid-market EVs are on the way.

The German automakers command fanatical brand loyalty in Europe - a lesson that US and Japanese automakers have learned the hard way. However, as a recent article in Forbes explains, this makes Model 3’s success so far all the more impressive. Even if Model 3 doesn’t hold onto the top spot in 2020, if Tesla can sustain anything like this level of sales, it will shake the European auto industry like a California quake.