Byton To Produce M-Byte For U.S. In South Korea 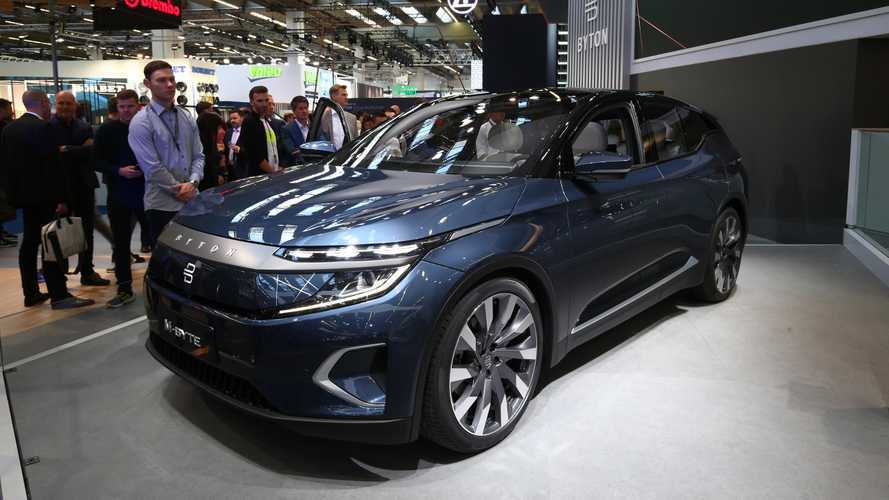 Byton has built a production plant in China, but EVs for other markets will be made in South Korea.

Byton electric cars (particularly the first Byton M-Byte) will be produced also in South Korea (besides at the main facility in Nanjing, China).

According to Reuters, Future Mobility Corp (FMC) teams with Myongshin, the South Korean automotive parts supplier to Tesla and Hyundai, which in June 2019 purchased GM's Gunsan plant with the intention of producing some 50,000 EVs for OEMs.

Everything We Know About BYTON M-Byte After Frankfurt Debut

FMC will contract Myongshin to produce Byton EVs for export to the U.S. (maybe also to Europe, and of course for domestic sale in South Korea) and thus avoid anticipated tariffs.

The production might start in 2021, which is in-line with the scheduled launch of M-Byte in North America and Europe in the first half of 2021.

"A parts supplier to Hyundai Motor and Tesla Inc, Myongshin signed a deal on Wednesday to build the electric vehicles for FMC’s Byton brand beginning in 2021, the government of Jeonbuk province said in a statement.

A Byton representative confirmed the company had signed a deal with Myongshin which would involve sales, production and investment.

The deal comes as made-in-China vehicles exported to the United States are currently subject to tariffs. Sales of cars made in South Korea can avoid those tariffs."