Watch this video to see what Tesla has managed to do.

Netflix is not the best thing the Tesla V10 software will offer the brand’s EV owners. There is a feature people are even asking to test like happy guinea pigs: Smart Summon. Kim, from the Like Tesla YouTube channel, has already tested an early version and now we have another demonstration from the Inside Tesla channel. Right above. 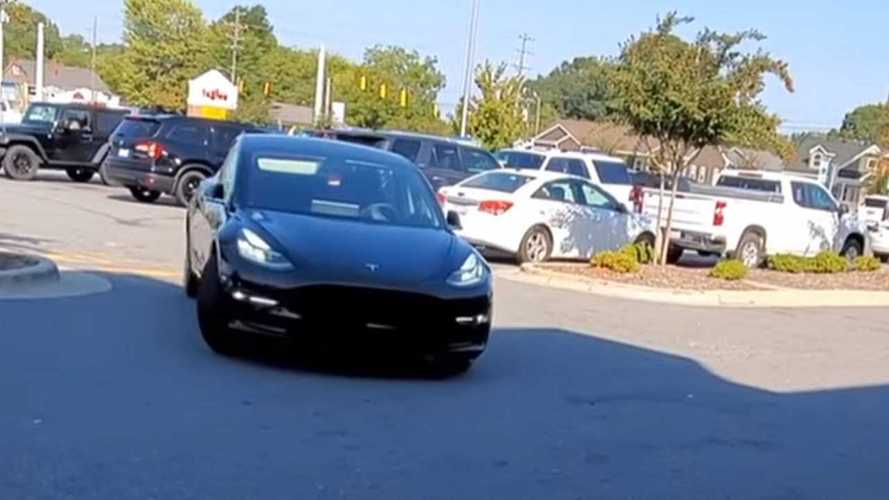 In this case, the videomaker shows his Model 3 in two different situations. The first one is in a crowded parking lot. Interestingly, people are starting to notice there is a driverless car on the loose around. But it is doing everything right. Better than many drivers, as we have already seen here.

The problem is that this is starting to attract crowds to watch Smart Summon do its magic. The Tesla Model 3 does not notice that. Compliments also seem to make no difference to the performance of the EV.

Our videomaker looks like a low-profile man, so he prefers to go to an empty parking lot to check how the Smart Summon feature will work in a different environment. The car cuts through parking lines, and it makes the Tesla’s owner wonder if future updates will state those zones are not supposed to be crossed.

Some of the people commenting on the video say that they have noticed a remarkable improvement in the Summon feature. Some others say the Model 3 drives slower than a careful grandma with eyesight problems, which is probably the best thing for it to do at this point.

If a Model 3 hits another vehicle, an animal, or even a person at this early stage, who will be in charge of paying for repairs and medical bills? Tesla? The Model 3’s owner? The parking lot administration? Tesla needs to make sure that does not happen. If very low speed is what it takes for that to happen, so be it. Baby steps make sure autonomous technology does not get hurt before it is mature enough to face the world.

Source: Inside Tesla via Elektrek