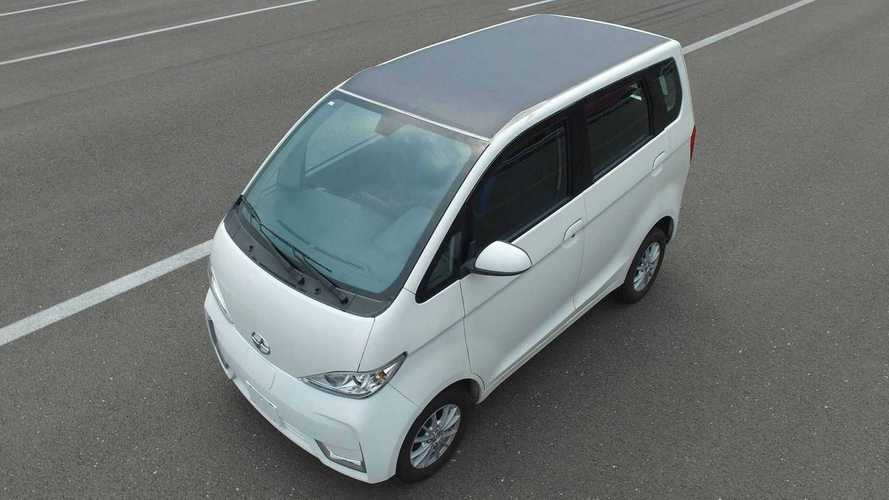 Take it with a whole bag of salt: the story lacks a lot of information.

There are stories you need to take with a pinch of salt. Some others require the entire salt bag mostly because there is no trustworthy source for them. A good example is the one we are about to tell you. Many websites have published precisely the same text on a new Chinese solar car. It was developed by Hanergy, a company that deals with solar panels, and JoyLong, a car company. The “Chinese K-Car” would have managed to stay away from power outlets for 30 days in a role due to the “thin solar film” installed in its roof.

Do You Want A Chevy Bolt EV With A Bit More Solar Flair?

It states that the “Chinese K-Car” run 20 km every single day for 30 days and it still had more than half of the battery pack’s capacity left. There is no info on how much range the car has and the company makes sure we will not be able to discover.

The text does not mention that, but the “Chinese K-Car” is based on the JoyLong EM3. This video tries to present it:

Our friends at CarNewsChina also introduced it on Facebook and said it has a 380 km range (236 mi):

If that is correct, its 41 kWh battery pack could provide 63.5 percent of the 600 km the test drives required. Or around 12.6 km per day. That would put solar charging in charge of 7.3 km more range every day during the 30-day evaluation. Or a total of 220 km.

If the “Chinese K-Car” had the same battery pack of the EM3, the 60 percent charge that was left at the end of testing would allow it to run 228 km. An 80 percent charge left would be suitable for 304 km. So it obviously does not have the same resources.

Our theory is that JoyLong and Hanergy have adopted a lighter battery pack for the car not to waste too much energy on the 20 km daily test drives. The vehicle must have been driven by a 40 kg (90 lb) girl on sleep-inducing flat roads. If it was really daily tested for 20 km and 30 days.

Apparently, Catarc – China Automotive Technology and Research Center – was in charge of the tests. We’ll check.

When you inspect the only picture of the “Chinese K-Car,” it seems like an EM3 that had its roof wrapped with a dark-grey stuff. There is epoxy resin on the borders of the grey wrap. Some of it is on the doors as well.

We have sent the company an e-mail as an opportunity for it to explain what this is all about. Anyway, we have no hopes that this is going to happen. Especially because Hanergy states it is the “world’s leading clean energy company.” Right at the beginning of the text of the first websites we mentioned. Perhaps it becomes true if people repeat it one thousand times.