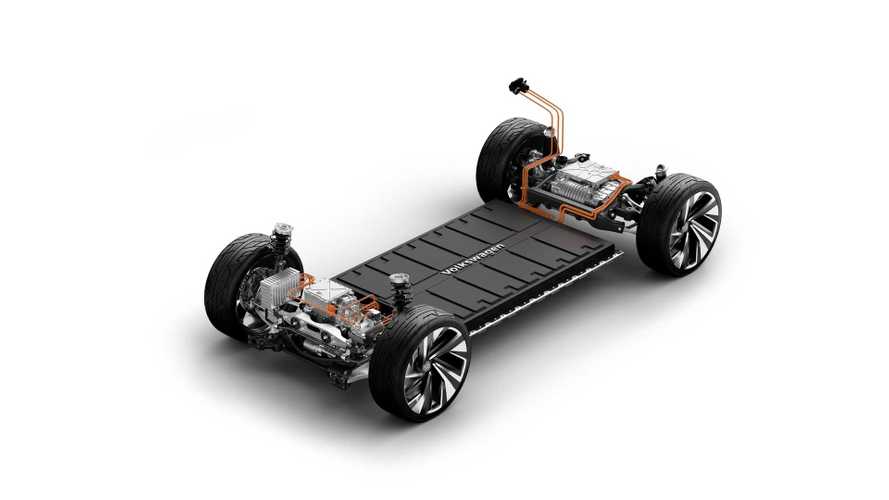 The new old logo says it all.

Some people are still intrigued by Volkswagen changing its logo to a two-dimension design that resembles very much the one used by the Beetle, for example. And all the products that were spin-offs of the original Volkswagen, such as the Bus. The fact is that the company misses not only the logo but also the story it evokes. Especially when it relates to the Beetle floor pan uses and the ones it wants the MEB to have.

The new electric modular platform is all about setting a standard. Some of our readers are probably not old enough to know what a videocassette was, but there were two formats for it. While Betamax was deemed as the best one, VHS prevailed. The same happened to Apple and Microsoft. The name of the game is being popular. As Windows was. As the Beetle also was. That’s the goal for the MEB.

Volkswagen has never spoken about this strategy openly, only suggesting it is available for any company that wants to use it. But it actively wants that to happen, more than the ID Dune Buggy and the fact that e-Go may produce it imply. So we seized the chance to speak to the company’s executives at the Frankfurt Motor Show to confirm that.

Back in the day, the Beetle was not only a car which sold by the – many – millions. It also made lots of other vehicles possible. Their manufacturers did not have the required money to develop an entirely new platform, so they used the one provided by the original Volkswagen.

The Meyers Manx dune buggy is just the most famous example. There were many more, such as the Puma, produced in Brazil and South Africa.

Brazilians also had the Bianco, MP Lafer, Gurgel X-12, and a bunch of other niche manufacturers that used the Beetle floor pan. You are more than welcome to name the ones you had in your countries so that we get to know them as well.

This is what Volkswagen saw as possible with the ID Dune Buggy. If it ever gets produced, it will not come out of the company’s production lines. At least not entirely. Only the MEB platform will.

“We are about high-scale products, not about market niches. But we can help these niches have more products by selling our MEB platform to small manufacturers. It is already homologated and it will help us have a larger scale of production with all these small manufacturers put together,” said David Holbein, product manager for the MEB.

Not that Volkswagen really needs that extra volume. “Ford has already decided to have some products made over the MEB, so it was a win-win partnership for the companies. Ford will not have to spend money developing a new platform, and we get more scale,” said Holbein.

What is really at stake, as we already said, is setting the standard. If many small-production cars use the MEB, Volkswagen can get more attention from its suppliers. Cut better deals with them. It can favor or even decide the better charging standard. And these are just some of the examples such a prevalence could represent for the MEB.

The Beetle was reputed to be a cheap car to buy, to have, and to keep. Cars that had the same platform also shared that reputation. That made people know even more that the Beetle was inexpensive to run, what turned into a virtuous cycle and helped the little car sell even more.

The nostalgic logo is already in the ID.3. Soon, it will also be on new products from the company. The story is about to develop. How do you think it will end? Let us know in the comments below.