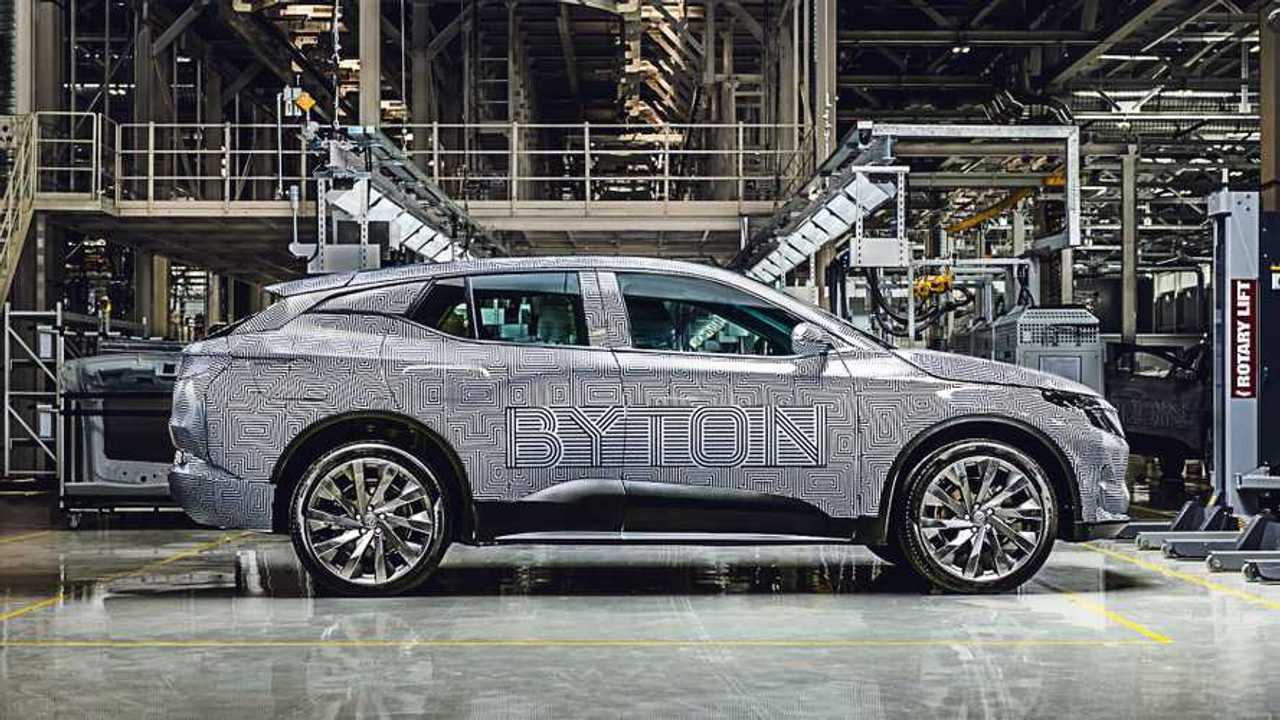 It's show time For Byton

Next week at the Frankfurt Motor Show (IAA), Byton will formally introduce the production version of its all-electric SUV, the M-Byte.

I've been keeping a close eye on Byton since they made their world debut at CES 2018. I was there at the time to talk with their management team, many of whom I knew from their days at BMW i.

Back then I reported that I believed there was something different about Byton, different from some of the other EV startups that made grand predictions and have yet to fulfill their promise of bringing a car to production. To be fair, some of those companies are still around but still haven't managed to stick to their projected timelines or sell a single EV.

Byton, on the other hand, appeared on the scene only 20 months ago, and they've hit every projected milestone. They have an enormous factory in Nanjing that's nearly complete (I've visited it), they've already opened a few retail "Byton Place" showrooms in China, and next week we'll see the production M-Byte SUV at the Frankfurt Motor Show. The M-Byte is slated to begin series production in a couple of months, and it appears Byton will achieve their predicted goal of retail sales in 2019, as they promised at CES 2018.

The M-Byte will be available in two configurations: a rear-wheel-drive model with a 268 hp electric motor that pumps out 295 lb-ft of torque. There's also an all-wheel-drive option with dual motors totaling 470 horsepower and 524 lb-ft of torque. Bosch is supplying Byton with its drive motors and power electronics.

The standard battery pack is 71 kWh, and there's also a 95 kWh pack available as an option. I was able to confirm with Byton that those figures are for the usable energy available, not the total size of the pack. Byton had announced that the base M-Byte will cost $45,000 when it launches in the US in 2020, however that was before there was any talk of tariffs on Chinese goods. It will be interesting to see how that plays out.

The M-Byte will initially launch in China, late this year. It won't be available in the US or Europe until sometime in mid-to-late 2020, so a lot can happen on the tariff war in that time. We'll be in Frankfurt next week reporting at the unveiling.

Let us know what questions you want us to ask in the comment section below and we'll do our best to get the answers.