BYTON Spills Details With Us At CES 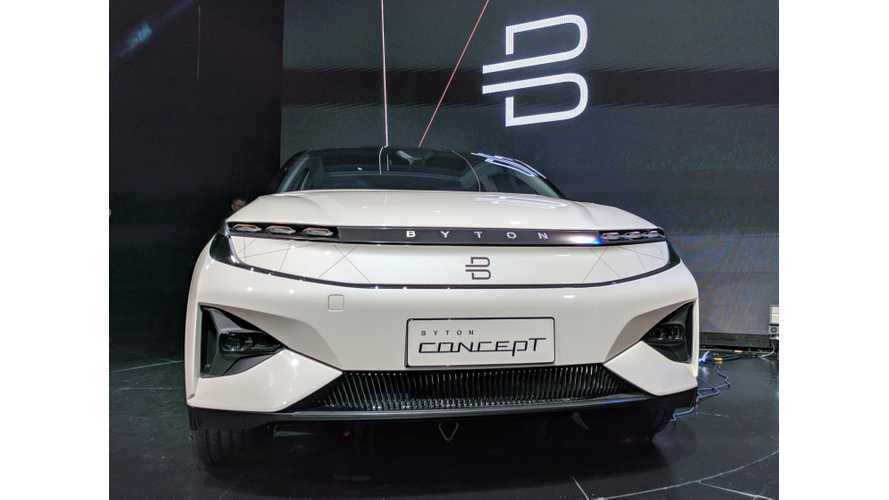 BYTON made their world debut yesterday at CES in Las Vegas, formally introducing the concept of their first car, due to launch in China in late 2019, followed by the U.S. and Europe in 2020.

In doing so, they have joined the list of upstart electric car companies like Faraday Future & Lucid Air who have promised to deliver a revolutionary vehicle. Both companies have had difficulty, mostly financial, in their quest to bring their respective vehicles to market so far.

Will BYTON be the one to make it? Only time will tell. The one thing I can say is they seem to be better organized and are stacked with highly experienced and well respected automotive professionals. Readers here may remember back in 2016 we reported that high level BMW i executives left to join a new automotive company being formed in China.  BYTON is that company.

BYTON stated that the car will come in two versions, one rear wheel drive with a 71 kilowatt-hour battery pack good for 250 miles, and a second that is all-wheel drive with a 95 kilowatt-hour battery pack that can go 325 miles. The range estimates are based on the NEDC range test protocol, so the actual real world range will be less. The 71 kWh model will have a base MSRP of $45,000, pricing for the 95 kWh model was not disclosed.

The concept SUV is packed with technology. It uses facial recognition to initiate personalized settings for each driver, will have 5G connectivity, uses Amazon Alexa as the vehicle's personal assistant, and has a 8" touchscreen tablet built into the steering wheel in addition to the massive display that's 10" tall and stretches across the entire dashboard.

BYTON promises the car will launch with Level 3 Autonomous driving features, but include the hardware for Level 4, which will be available in 2020. To put that into perspective, Tesla is currently using Level 2 Autonomous features. Level 5 is fully autonomous, without the need for human intervention. For a full explanation of the five levels of autonomous driving, follow this link.

BYTON's flexible architecture will allow them to make multiple vehicles using the same platform. Following production of the SUV we saw today will be a sedan and a 7-seat multi-purpose vehicle. DC Fast charging will use the Combo (CCS) connector in the US and Europe, and charging times will take 30 minutes to achieve 80% state of charge.

One of the more ambitions features was the vehicle's iHealth component. The car will have the ability to sync with your fitness wearable devices, tracking  your heart rate, weight, oxygen saturation and blood pressure. It will then have the ability to offer "meaningful advice" based on your current condition.

While BYTON's home office in in China, their global design studio in in Munich, Germany. That's also where they hand-built the three concepts here on display at CES. Meanwhile, R&D, software development and autonomous drive systems are designed at their Santa Clara offices in California.

After the main press conference, co-founders Daniel Kirchert and Carsten Breitfeld held a private Q & A session for about an hour. We learned that BYTON is designing their cars to be upgradable with better software and hardware as it becomes available, including new, improved battery packs. The first round of funding raised 240 million, and BYTON has yet to secure all of the permits necessary to build cars in China, although Kirchert didn't seem worried by that fact.

Does BYTON have what it takes to make it to production? It's really too early to tell. I'm going to get some time driving one of their cars later today, and will report back with my thoughts on that experience shortly thereafter. Perhaps driving in the car will give me a better idea of where the company stands.