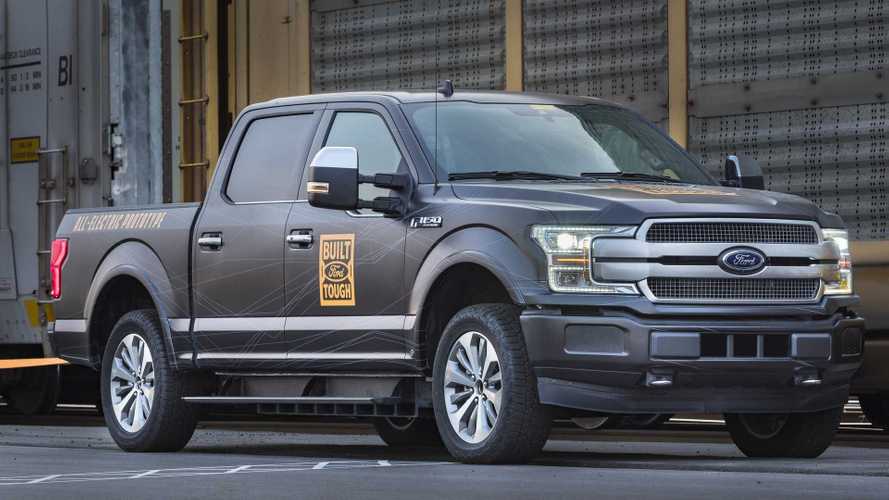 Ford intends to go all out this time around.

As we've previously reported, Ford is now well on its way to a new chapter, which includes multiple upcoming electric vehicles. A Mustang-inspired EV crossover — potentially named the Mach E — is due first, set for 2020.

According to sources at Ford, as well as plenty of leaks and rumors, an all-electric F-150 will come shortly thereafter, followed by a few all-electric midsize SUVs by the end of 2022. Other reports point to even more Ford EVs arriving within a similar timeframe.

Ford hasn't been in a race to produce EVs, although it did bring cars to market like the Ford Focus Electric and plug-in versions of the Fusion and C-Max. A Ranger EV was produced as well.

These cars weren't widely available and didn't sell very well for a variety of reasons — range was a major roadblock for sure. However, Ford attributes the past issues to a lack of interest in EVs. Not to mention, they're expensive to make and carry higher sticker prices than traditional gas-powered vehicles.

Fast-forward to today and the Detroit-based Big Three automaker says it has figured out how to make future EVs popular and profitable. Ford's global director of electrification Ted Cannis spoke with Automotive News. He explained:

"We're coming in at the right time. We could do all sorts of different things, but we're going to play to what we're good at: commercial vehicles, vans, pickups, performance vehicles and SUVs. We have loyal customers, we know our base and the margins are better. It's just the right business."

"It is critical to think through the customer first. It has to be more than a compliance vehicle. It's got to be better."

As previously stated, Ford is going to bank on its popular vehicles first, in order to draw the masses to EV adoption. The goal is to reach out to the right group of shoppers, price the vehicles competitively, and sell in high volume, to assure profitability.

Cannis told Automotive News that he knows there are people who want EVs. While sales may start small compared to ICE models, if Ford focuses on those cars that already sell incredibly well, the numbers could be very encouraging. He shared:

"There are people out there looking for electric vehicles. Let's say of the 800,000 F series that we sell a year, just 10 percent are interested. That's still 80,000 vehicles. These are huge numbers."

"We're in very good shape. I think we're going to surprise and shock a lot of people."