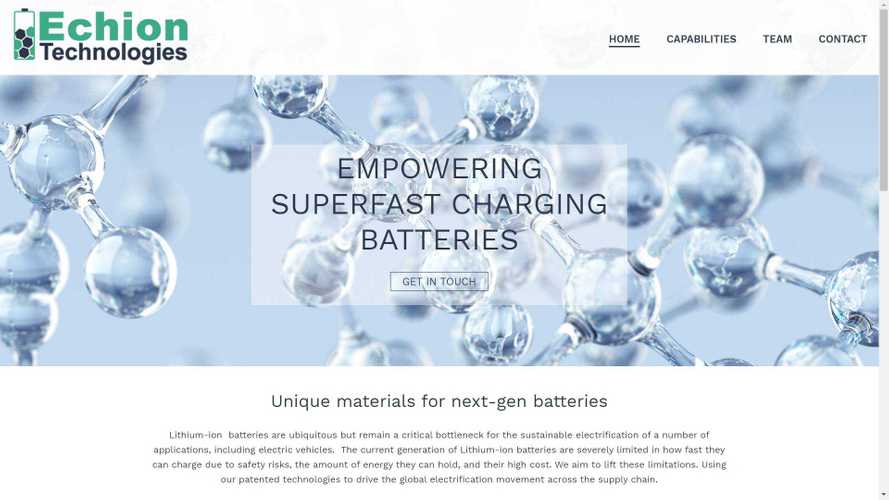 It replaces graphite in lithium-ion batteries and prevents them from exploding.

Tinker Bell had a magic powder that helped children fly to Neverland with Peter Pan. What if we told you there is another magic powder that promises to make lithium-ion batteries fully charge in six minutes? Fairy tale? That’s precisely what Echion Technologies claims to have invented. Not only that: it promises to sell this solution as early as 2020.

The company was created by Dr. Jean De La Verpilliere. He was studying for a Ph.D. in nanoscience at the University of Cambridge when he developed this material. In 2017, he founded Echion Technologies and now he says he can produce 1 kg of it every day.

Cambridge Independent, which brought us the news, says La Verpilliere does not clarify if the new material is a compound – which is very likely – what makes us believe the patent for the invention has not been fully settled.

It is either this or the possibility that revealing technical details may lead to similar compounds that could be produced in a faster way than Echion Technologies can now deliver. The company is currently working on a method to produce 1,000 tons of it.

“The powders are the central component of a lithium battery. This is a new kind of powder which allows you to recharge in six minutes, not 45 minutes. This includes a car, so your electric car is almost as easy to charge as it is to refuel conventionally,” said La Verpilliere to the Cambridge Independent.

The Jaguar I-Pace promised a 45 minutes rapid charge up to 80 percent of its battery pack capacity. It is not clear if the 6 minutes recharge Echion claims to be possible with its powder is for a full charge. As the substance would prevent damages to the battery, perhaps that is possible.

The fact is that the secrecy around the powder makes it hard to believe in such a breakthrough. Unless the company provides evidence of it, such as a car or at least a battery with its compound that demonstrates it is really able to charge in only six minutes. StoreDot has done so, but its solution will only be put for sale in 2022.

We’ll wait for that to set off fireworks. If Echion Technologies can deliver what it promises, that will be an amazing day for EVs and lithium-ion batteries in general. But can it?