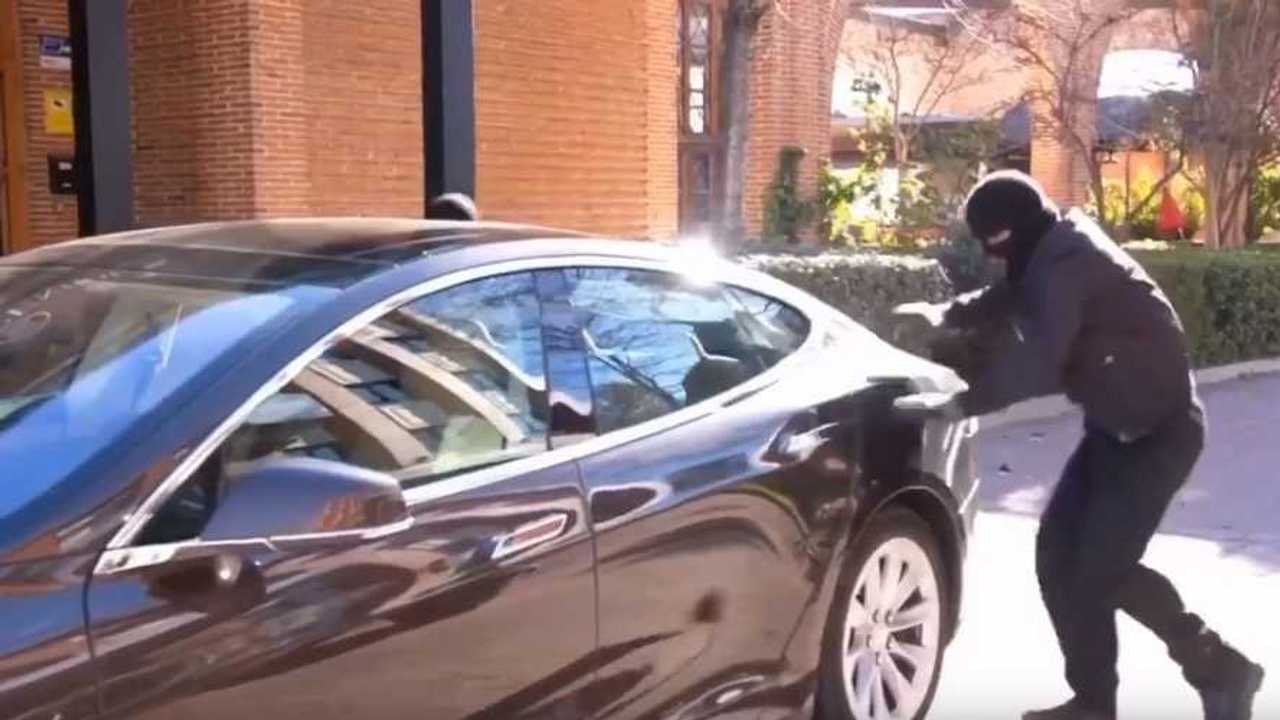 How about a Tesla Model S Robotaxi getaway car?

Tesla CEO Elon Musk has a vision of an autonomous fleet and each vehicle in that network will have 'Robotaxi' capability. He presented this concept in more detail during Tesla's Autonomy Investor Day and the debate has been heating up on the odds (and timing) of it coming to fruition. One observer, José Mota, thinks it's coming soon and depicted his vision in a funny sketch showcased on Tesla Utopía.

This tongue-in-cheek video vignette shows two bank robbers escaping a heist and one of the thieves has hired a fully autonomous Tesla Model S Robotaxi. The reason? It turns out the other robber asked him to get the most 'modern' car to flee the scene.

The unknowing partner is surprised when no one takes the driver's seat. He discovers this is a fully self-driving car intended to help them with the get-away. However, the car's AI senses that these guys have done something wrong and threatens the criminals by saying it will drive them to jail. What happens next? Another twist. Check it out below...

Above: A fun Tesla Robotaxi sketch (YouTube: Tesla Utopía); Note: Don’t forget to turn on the English subtitles by pressing the CC button on the video.

The video is in Spanish but when I asked Omar Jimenez (owner of the Tesla Model S in the video) to provide English subtitles and post it to YouTube, he was kind enough to fulfill my request. If you don't speak Spanish, just be sure to turn on subtitles by pressing the CC button on the video.

In reality, during Tesla's first phase of deploying a Robotaxi network, the company plans to use leased Model 3 sedans after the lease term is over. All of Tesla's cars built today, including upcoming vehicles (e.g. Tesla Pickup, Model Y, next-gen Roadster), will have the sensor suite and Tesla supercomputer needed for full autonomy.

The future is fast-approaching and Tesla's Robotaxis might become a reality sooner than many expect. Elon Musk anticipates Tesla's cars could be self-driving capable by 2020 (full rollout pending government approvals). Vehicle autonomy is coming — it's just a question of when and the implications are serious or, in this case, pretty amusing when you consider scenarios like this one.