Is this why sales have declined sharply in the past few months?

Honda has reportedly pulled the Clarity PHEV out of widespread availability by limiting distribution to just ZEV states before pulling back the Clarity Plug-In Hybrid even more by making it a California-only offering.

***UPDATE: According to Honda, the Clarity PHEV can be ordered at any Honda dealership in the nation. However, stock is being sent solely to California at this point in time.

"California is the largest market for plug-in hybrid vehicles. In order to meet customer demand, we are currently prioritizing supply of the Clarity Plug-in Hybrid in California, rather than allocating units for dealer inventory in other markets."

Here's one thread on the situation, but other reports sent to InsideEVs appear to confirm this horrible move by Honda. The thread, found over at the InsideEVs Forum, states, in part:

I have no source for this other than my own tracking of Clarity VIN numbers which I have been tracking online for quite a while now. As reported previously no 2019's exist outside of the ZEV states (CA/OR and east coast states). If there are exceptions they are extremely rare. Outside of ZEV states only 2018's have been available, however, most of those have now been snapped up due to heavy discounting. Also for some reason apparently Oregon stopped receiving shipments a few months ago even though they are a ZEV state, even more mystifying since Oregon is one of only two states (the other being California) where Honda currently offers a $5,000 dealer incentive for Clarity.

As it turns out it's not just Oregon, I discovered today looking through VIN numbers on dealer lots that none of the east coast ZEV states have been receiving 2019 shipments for several months. I didn't notice that earlier because unlike Oregon there are many 2019's on the lots in east coast states.

There was a rumor here a few weeks ago that Honda has stopped producing 2019's, however, I still continue to see new VIN numbers appear, although I had noticed that I was seeing them only in California. 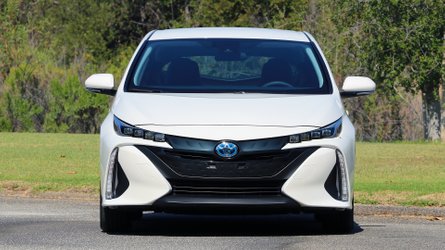 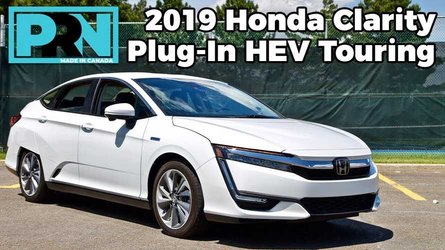 Move Over Chevy Volt, Honda Clarity PHEV Might Have You Beat: Video

That's a shame as the Clarity PHEV is truly one of the best plug-in hybrids sold today. However, this move by Honda appears to be confirmed by declining Clarity PHEV sales too. If you're not willing to sell it nationwide, then sales will be low.

As we recently reported:

In July, the Prius Prime dominated in PHEV sales with an estimated 1,875 sold. Meanwhile, the once-popular Clarity PHEV falls backward with just 800 estimated sales in July.

It seems the Clarity PHEV, which was the top-selling PHEV in the U.S. for several months, will no longer be widely distributed and likely has no chance of regaining the #1 PHEV sales spot.