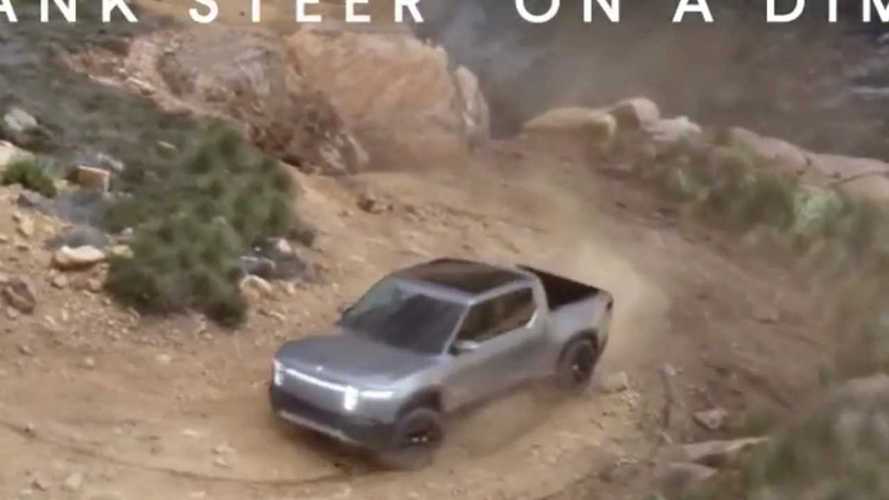 The Riviain R1T tank turn video has resurfaced yet again and this time it's a bit more zoomed in so that we can see the details just a bit better.

Though we've already determined that the video is CGI and not real, we do know that Rivian intends to tout this ability with its upcoming R1T truck and R1S SUV. A true tank turn might not be entirely possible, but something very similar to one seems to be Rivian's intention.

It appears that Rivian has trademarked the term "Tank Steer" which makes an appearance in this video. It has also trademarked the similar term "Tank Turn." This is further evidence that turning on a dime (or close to it) will be a feature at least some Rivian vehicles will have.

Check out this new clip above to see the turn in more detail.