Honda's new EV platform will be used in a "wide range of body shapes."

To the disappointment of subcompact car fans, Honda does not appear likely to ever bring the quirky new Honda e to the United States. This is not terribly surprising, since demand for vehicles of this size in the states is quite small.

Of course, vehicle length isn't the only thing keeping the Honda e from a release stateside. Early test drives have been generally positive, but at a reported 125 miles, driving range has come up far short as well. Certainly this would be adequate for some as a commuter vehicle. But the Honda e, like the Clarity Electric and its 89 mile range, would have trouble competing in a market where ~250 miles is now the norm.

Still, Honda says it is planning for a global electric vehicle platform that will accommodate larger vehicles in more popular segments such as mid size sedans and crossovers. Tetsuya Hasebe, chief engineer of Honda's electric vehicle development, is aware of the limitations of the e. He says that the next platform will have more broad appeal. "It has a different aim from the Honda e," Said Hasabe. "This one aims for intercity, long-distance travel."

More About The Honda e 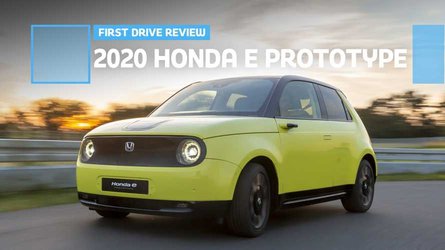 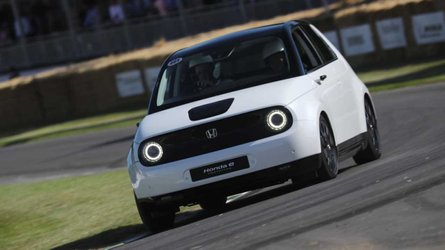 Ayumu Matso, Honda's officer in charge of power unit development says that future electric vehicles will not only go further, but the platform will also allow for significantly larger offerings. "This new architecture is designed to achieve smooth driving and highly efficient packaging. (...) We believe it will meet the needs of customers who like our C-segment and D-segment models."

This new platform was touted by CEO Takahiro Hachigo this past week along with Honda's goals for autonomous driving and mobility services. "We have introduced a new structure which enables our engineers to take on new challenges," Hachigo stated during the briefing. "We have clearly divided areas of our r&d focus into advanced technology for creating new future value and the existing area for developing uniquely Honda products in collaboration with our other business operations."

As a smaller automaker on the world stage, Honda's goals for electrification are relatively modest. The Japanese automaker wants to "electrify" two-thirds of its global lineup by 2030. Honda wants 15 percent of its global sales to be EVs by 2030. The first vehicles on the new platform are aiming to launch by 2025.