Soon You'll Be Able To Get Lucky In A Tesla 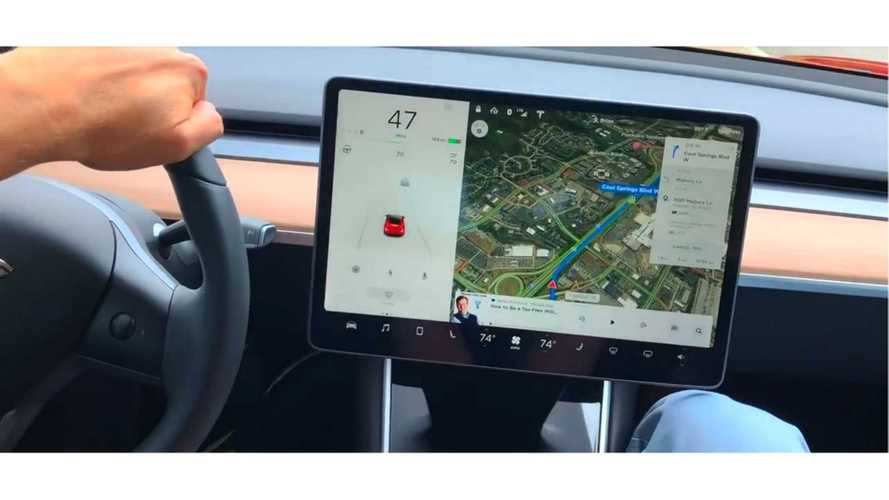 What if your car kept track of all your favorite places and then took you on a blind date? Well, that's basically what the new Tesla Easter Egg over-the-air update will do.

A Twitter user asked CEO Elon Musk to add an "I'm feeling lucky" destination option. Clearly, based on the Google search function with the same name. She said it would take the driver on an undisclosed adventure.

As busy as the CEO is, he often responds to such requests. More interestingly, his answer is usually "yes," and he generally follows through with the over-the-air updates.

While we can't imagine most people using a function like this on any regular basis, it's still kind of neat. It might be something that would be fun for kids on a family fun day. We can also see some people turning it into some sort of game, perhaps along the lines of a Tesla road rally or scavenger hunt, etc.

In the end, it's important to note that Tesla doesn't NEED to offer such features or provide such updates. This is especially true of the silly ones that may not actually make its cars "better." In addition, Musk doesn't need to listen to people's requests or follow through with honoring them.

Nonetheless, Tesla and Musk provide such interaction and unique features because they can. It really has nothing to do with a car needing a goofy "try your luck" navigation feature or video games on the touch screen.

Instead, it has to do with the fact that Tesla has the capabilities to provide such features — along with a multitude of more useful ones — fleetwide via over-the-air updates. The capability, as well as the interesting features, in addition to the CEO's humor and interactions, are all things that set Tesla apart from the norm.