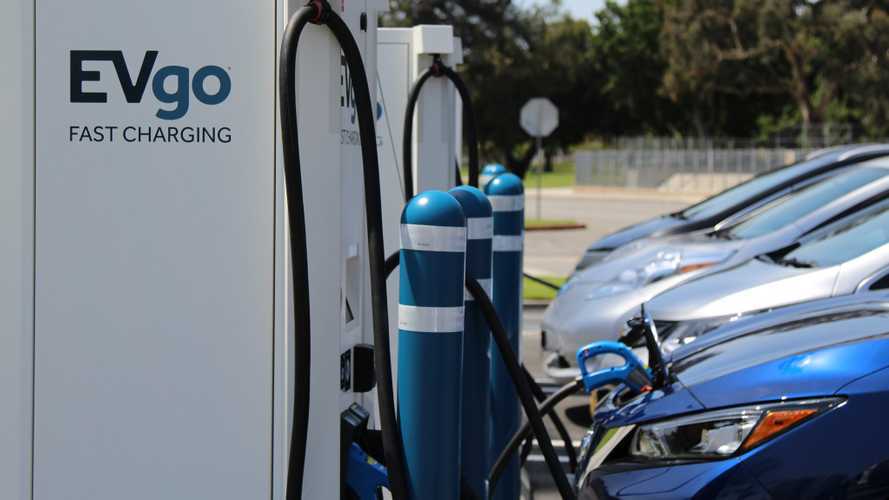 Electric vehicle charging infrastructure is becoming more widely available every day, and EV drivers around the world can thank federal, state and local governments for encouraging this growth. However, government regulation can be a double-edged sword, and at the moment, many in the EV charging industry are concerned about three separate sets of pending regulations.

At the federal level, the EPA is proposing to establish an ENERGY STAR specification for DC fast chargers (Level 1 and Level 2 AC charging stations are already eligible for the ENERGY STAR label). Meanwhile, California regulators are considering a proposal to establish a standard for the accuracy of metering on DC fast chargers, and a separate one to require credit card readers on all public EV charging stations.

Charged discussed the issues with representatives from several companies in the charging industry, who have expressed their concerns to the regulatory bodies involved, asking them to limit the scope of the proposed regulations and to allow more time for compliance, in order to avoid hindering the ongoing development of the charging market.

In California, there is a controversial plan to require credit card readers on all public charging stations.

California’s Electric Vehicle Charging Stations Open Access Act, which passed in 2013, mandates open access to public charging stations, which means a driver doesn’t have to be a member of a particular network in order to use a particular station. However, there is disagreement about how to interpret the language of the law. The California Air Resources Board (ARB), which regulates the law, is considering enforcing a requirement that every “publicly available” charger include the hardware needed to process credit card payments. Under the proposed plan, credit card readers would have to be included in all new DC fast chargers by January 1, 2020, and in new Level 2 chargers by January 1, 2023. Existing chargers would have up to five years from the date of installation to comply with the requirements.

This proposed requirement has inspired a lot of pushback from the industry, especially from providers of Level 2 chargers, because the additional cost of adding credit card hardware to every unit would be a greater burden than it would be for larger DC fast chargers. Some are arguing that installing and maintaining the readers will impose substantial costs on what is already a low-margin business. The cost of compliance with a credit card requirement could lead to the unintended consequence of reducing the availability of public chargers.

In fact, by ARB’s own estimate, “retrofitting payment hardware may be largely infeasible” for existing Level 2 EVSE, and many chargers may have to be replaced at an estimated cost of $6,000 each.

The cost of replacing units isn’t the only factor – there’s also an added level of technical complexity, because of the tough environments in which many public chargers are deployed. Charging hardware manufacturer ClipperCreek previously invested in developing a Level 2 unit with a credit card reader, but decided not to launch the product. “While engineering that product we struggled to find a supplier of card readers that could withstand all of the harsh environments that our units are designed to operate in,” ClipperCreek CEO Jason France told Charged. “In the end we decided that product wasn’t a good value for our customers and didn’t launch it. There is a lot to consider with credit card readers, including reliability, customer service, maintenance and security. It all adds to the cost.”

Another issue: as various new methods of payment, including smartphone apps, become more popular, credit cards are beginning to look like yesterday’s technology. “We certainly don’t think that the regulations should specify a single specific technology,” said ClipperCreek’s Will Barrett. “Technology in the industry and the solutions that are available are evolving – we shouldn’t regulate a specific type of payment as being the only way to facilitate open access.”

Tesla’s Supercharger network, which is generally considered the most advanced network in service today, does charge drivers a fee for charging, but has never found it necessary to install credit card readers. As a private network only available to Tesla owners, it would not be subject to the new requirement. However, as ClipperCreek’s Jason France points out, the requirement could prevent Tesla from ever opening up its Supercharger network to other EV drivers. “If they ever do fully open access for any electric car to use the Supercharger network, wouldn’t that be an amazingly positive thing for the industry? But if suddenly they’re governed by these other requirements, which they don’t want because there is no added value, they’ll be discouraged from doing that.”

All the company representatives that Charged spoke to were quick to note that they do not want to slam the efforts and ultimate goals of ARB and other regulatory agencies. Open access and network interoperability are very important objectives to work towards, and are integral to the success of EVs. However, the optimal solution for consumers that encourages continued growth is still unknown, or at least highly debated.

The issue is still open in California, although it should be resolved soon - ARB met to discuss the proposal on June 27, but as of this writing, no decision has been announced. Meanwhile, a number of other states have already imposed, or are considering imposing, similar requirements.

In Vermont, the Agency of Commerce and Community Development has implemented a requirement for credit card readers at DC fast charging projects that receive funding through the state’s Dieselgate settlement with Volkswagen. The application for a grant specifies that “The station has the capability to process a credit card through either a chip or swipe reader.”

In Nevada, the Governor’s Office of Energy (GOE) has also implemented a requirement for credit card readers on all DC fast charging projects funded through the VW settlement.

Northeast States for Coordinated Air Use Management (NESCAUM), a nonprofit association of air quality agencies that represents 8 Northeastern states, is considering whether to issue a recommendation that all member states require credit card readers at publicly funded EV charging stations.

Another proposal on the table in California has to do with setting standards for energy metering on DC fast charging stations. Basically, the state is looking to enact regulations on EV charging similar to those that already exist for gasoline sales – gas pumps are regularly certified to ensure that when you pay for a gallon of gasoline, that’s what the pump dispenses.

Regulators are looking to have the metering feature on all new DC fast chargers, and also retrofitted on existing public hardware, by January 1st, 2020. According to some in the charging industry, meeting this requirement is unlikely in the time frame allotted. Of course, all of the DC charging equipment in question already has some sort of a metering capability designed by the manufacturers. However, they are not all designed to the same spec, calibrated in the exact same way, or certifiable by outside agencies.

The biggest hurdle is that there is no robust market for this kind of DC metering technology. AC metering hardware provides an example of a mature market with plenty of competition. AC meters are found not only at every home and business that’s connected to the grid, but also on distribution transformers. As a result, there are a lot of different suppliers and competition for AC metering globally, so the cost is low and the technology is standardized. DC charging stakeholders are arguing that this is not the case for DC metering.

There is also an open question about the amount of accuracy needed for DC fast charging. Does it need to be highly accurate across the whole range of current levels, even if that’s cost-prohibitive?

The US EPA is proposing a new ENERGY STAR specification that includes DC fast chargers, to take effect in fall 2019. In response to the proposal, the EPA received letters from many different organizations in the industry, including one that was signed by firms representing around 85% of the installed base of DC fast chargers in the US: ABB, BTCPower, Siemens, Delta, Efacec, EVgo, Siemens, Tritium and Tesla.

At the center of the companies’ concerns is the proposed test method, which was initially created in a way that appears to be based on 50-kilowatt units, but that would apply to essentially all DC fast charging systems. Industry leaders fear that if the process is rushed and a spec is released too early, the result could be unintentionally picking winners and losers.

The letter notes that DC fast charging technology is changing rapidly, and currently ranges from well-established 50 kW chargers to 350 kW chargers that just began to be deployed in 2018. As fleets of heavy-duty vehicles electrify, charging levels of over a megawatt, along with new, as-yet-unproven system architectures, will be deployed. “ENERGY STAR standards developed without careful deliberation and stakeholder input may lead the market to favor certain technologies over others,” said the letter.

A spec that’s too sweeping might encourage manufacturers to limit the variations or features they offer to customers. For example, some vendors might wish to offer load management features that take away from their products’ energy efficiency, which could cause problems for customers that might be depending on California grant money that requires ENERGY STAR compliance.

Also, ENERGY STAR has historically been a consumer advocacy program dealing with consumer appliances like refrigerators, microwaves and washer/dryers. Certification for AC charging makes sense, so consumers can be confident that they are buying energy-efficient charging stations. However, for high-power charging applications in commercial and fleet settings, determining standard modes of operation for an apples-to-apples efficiency comparison is much more challenging.

The letter from the charging companies requests that the EPA: (1) limit the scope to well-understood charging technology which has already been deployed in the field for at least a few years, for example, DCFC systems rated at 50 kW or less; (2) extend and expand the process for developing the standard, including the timeline; and (3) allow self-certification and testing for compliance.

A longer version of this article appeared in the March/April 2019 issue of Charged. Author: Charles Morris.