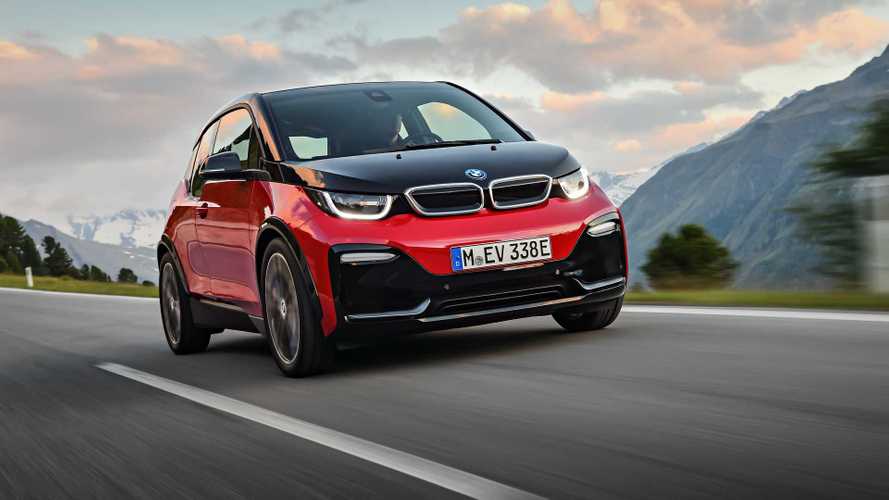 It seems BMW is following the same path as DEC.

Yesterday, I wasn't surprised to see that BMW's CEO will be stepping down after, according to the Associated Press, "It has focused much of its electric effort on plug-in hybrids, which combine internal combustion and electric power. Meanwhile, California’s Tesla took sales leadership in premium-priced electric cars." I was startled, however, to read reports that senior management at BMW still feels there is no European market for BEVs.

BMW Director Of Development: "Customers In Europe Do Not Buy EVs"

Battery-electric vehicles are unwanted in Europe and fuel-burning cars have at least 30 years left, BMW claimed this week…

“If we have a big offer, a big incentive, we could flood Europe and sell a million (BEV) cars but Europeans won’t buy these things,” Frölich insisted.

"From what we see, BEVs are for China and California and everywhere else is better off with PHEVs with good EV range."

As I read those words, it occurred to me that there are eerie similarities between BMW’s position and things that happened in an entirely different industry almost 30 years ago. Given those similarities, I contend that BMW—one of the most iconic automobile brands of the 20th and early 21st centuries—appears to be following the same trajectory that led to the demise of computer giant, Digital Equipment Corporation, in the late 1990s.

Some Tesla owners are too young to remember Digital Equipment Corporation (DEC). For those who don’t, David Farquhar of The Silicon Underground provides us with a one-paragraph summary:

“Digital Equipment Corporation was perhaps the second most important computer company in history, behind IBM. Its minicomputers challenged IBM, and, indeed, Unix first ran on a DEC PDP-7. DEC’s Alpha CPU was one of the few chips to make Intel nervous for its x86 line. It created the first really good Internet search engine [Altavista]. In a just and perfect world, DEC would still be dominating. Instead, it faded away in the 1990s. What happened to Digital Equipment Corporation, or DEC?”

To answer Farquhar’s question, it’s fair to state that there are many reasons for DEC’s demise, but prominent among them was the company’s refusal to accept a changing technology landscape. Small, high-powered computers (e.g., Sun Microsystem’s machines) along with the personal computer were gaining momentum, but both were considered “toys” by DEC’s old-hand computing professionals. Both would come to dominate virtually every aspect of the industry.

In the 1990s, DEC was in denial over disruptive change to their industry. It was also arrogant. After all, it was a major player in computing, dominant in some market segments. It had the name, the tech, and the clout. DEC had to be right … until it wasn’t.

No one—and I do mean no one—would have predicted that a company with the technology presence, the brand recognition, and the product mix of DEC would slowly fade away as the 21st century began. But it did.

Inside the company, DEC’s senior managers, who had vested interests in the old ways, refused to adapt. They denigrated newer computing technologies, argued that they were just a flash in the pan, suggested that the market would ultimately reject them, and worked internally to protect their individual fiefdoms by refusing to use their expertise and market clout to develop competing products. Sure, DEC made the right noises and did introduce a few personal computer products, they even tried to partner with Apple Computer but that fell apart. It was all very half-hearted. The personal computer was never pivotal in their long-term strategy and the industry accelerated away from DEC as sales of big machines plummeted.

Above: Another look at the BMW i3 (Flickr: Jakob Härter)

Today it appears that BMW— a major player in the current automotive market and a respected worldwide brand—is following DEC’s path.

BMW’s senior managers, who have vested interest in the automotive tech that dominated the past century, are refusing to adapt. They arrogantly denigrate newer BEV technologies, arguing that they are only applicable “for China and California,” that overly-complex PHEV tech will dominate over the coming decades, that range anxiety (already becoming a non-issue) will dissuade buyers from purchasing BEVs. Based on public comments like Frölich’s, it's apparent that senior management within BMW is working internally to protect their individual fiefdoms by refusing to accept BEVs as a profound tech change in the auto industry.

Sure, BMW makes the right noises about the environment and the future, and it has introduced a few BEVs and PHEVs, but all of it seems to be very half-hearted.

There’s an old saying, usually attributed to philosopher George Santayana, “Those who refuse to learn from history are doomed to repeat it.”

Are you listening, BMW?