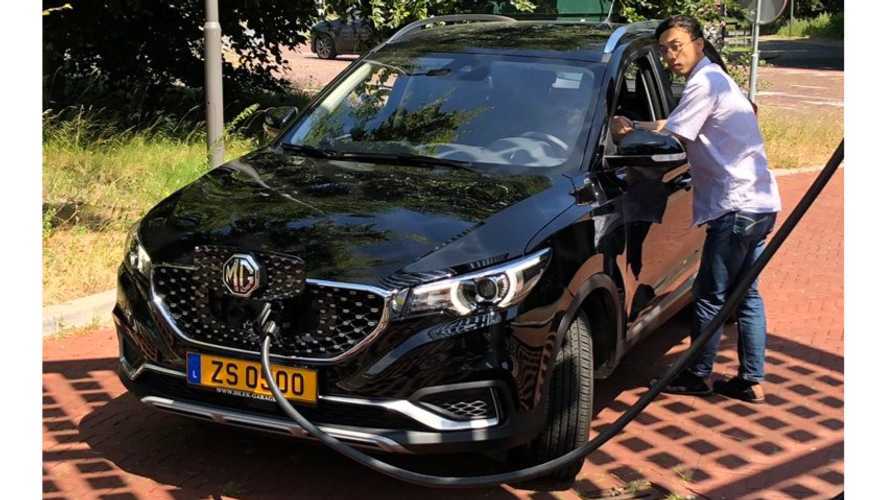 The MG ZS EV is another upcoming new electric car in Europe (actually, it's initially limited to the UK), which was seen at the Fastned DC fast charging station in the Netherlands.

"This afternoon i spotted a pre-production MG eZS testing DC charging in Holland at Fastned. The chinese test driver told me some specs: max 85kW CCS, 270 WLTP and Dutch base price of € 30.000. Even sat in the car, very comfy and well built!"

Only time will prove whether or not those numbers will be officially confirmed. The ZS' closest competitor seems to be Hyundai Kona Electric, starting from €34,600 ($38,860).

MG ZS EV To Be Equipped With 44.5 kWh Battery