A recent post from Teslarati claims so, but The Drive disputes it

June 29 could become a date to remember for Tesla. A Model 3 would have made the amazing lap time of 1:37.5 at the Laguna Seca track. That would make this sedan the fastest EV ever to race there, according to Teslarati. In fact, it would also be fast enough to beat the 1:37.54 time established by the Jaguar XE SV Project 8 on the same track, as The Drive remembers. The problem is that it also disputes what the Model 3 actually did. With good arguments, hence all the conditionals. 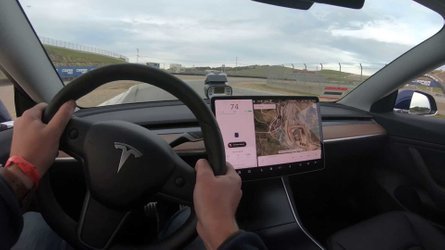 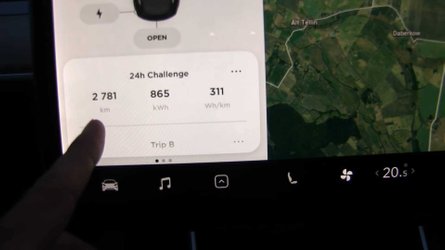 First and foremost, because the record still belongs to an electric prototype, the Kleenspeed EV-X11, and was established at the Refuel event in 2012. The record-breaking Model 3 is still many seconds away from beating that 1:32.046 time.

At the end of Teslarati's text, we find out they meant the production EV record for Laguna Seca. But that would also be a problem. The Model 3 driven by Sasha Anis was heavily modified by Mountain Pass Performance (MPP). Besides all the changes, it wears racing slick Michelin tires, which are not allowed for the roads. In other words, no production Tesla would ever offer them.

As Jaguar did with the XE, there is always the chance of having a special production series of the Model 3 with MPP equipment. It could come exactly like the unit driven by Anis. According to the description of the video above, this is the spice that made the Tesla go so fast:

This car is equipped with only Mountain Pass Performance standard parts, nothing custom. This is Cameron (Roger)'s everyday commuter car! The entire modification list includes:

If the Model 3 was completely stock, we would have another issue: the lap time. Teslarati says it was 1:37.5. The Drive claims the time was rounded down and that it would originally be 1:37.566, registered by Speed Ventures.

This company promotes a series of track events. Among them Refuel, dedicated to EVs. The Model 3 was also part of this event on June 30. At that opportunity, it clocked a 1:40.956 lap. Speed Ventures says it beat the production GT class record by almost 7 seconds.

The Tesla Corsa, unlike what The Drive says, is organized by Unplugged Performance, a competitor of MPP. The events are similar, but have very different ownerships.

We have looked for the official results, but they apparently do not include Sasha Anis as a driver. On June 28, Cameron Rogers, the owner of the car, appears with the best time of the day, with a 1:37.775 run. On June 29, when Anis would have broken the record, there is nothing on any attempt from this pilot. The best driver of the day is Craig Merrilees, with a 1:42.475 lap.

We are not sure where The Drive found the 1:37.566 run. The video above states Anis has completed the track with Roger’s Tesla in 1:37.53. Something that – if confirmed – would make it faster than the XE SV Project 8 by a very tight margin. We will not manage to solve the mystery on a 4th of July, but we will update the article as soon as we do.

Anyway, and as The Drive concludes, what’s important is that the Model 3 managed to complete a very competitive lap. Tesla, what about an MPP special series with the same specs for your entry-level sedan?

3 Photos
By: Gustavo Henrique Ruffo
++
++
Got a tip for us? Email: tips@insideevs.com