The new facility in Lathrop is kind of a mystery as Tesla might use it not only for parts distribution but also for production.

New drone footage around new Tesla's facility in Lathrop, California (located between Tesla Factory and Gigafactory 1) reveals that at least on the outside the building is complete.

It's not yet known what is the purpose of the new 870,000 square-foot facility, but the base case scenario is a distribution center with lots of loading bays on the sides.

Tesla Lathrop Distribution Center Update (June 30, 2019): All Finished On the Outside

The Telsa Distribution Center in Lathrop appears to be completely finished from the outside. Big rig trailers are parked in some of the loading bays. Fencing and security posts are now complete, preventing vehicles from accessing the side and back of the building where the loading bays are located.

The main road leading to this facility (Murphy Parkway, north of the Murphy Parkway and D'Arcy Parkway intersection) has also been repaved, as if increased traffic along this road is being anticipated. 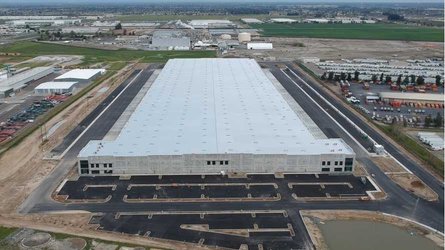 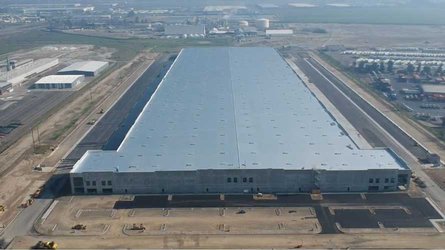 There are also some signs that Tesla is gearing up for some kind of production at the site as there are openings for manufacturing-related jobs.

A distribution center of such a size seems big, so maybe Tesla really will be producing some components or even vehicles like Tesla Semi.

"Nevertheless, job openings for the area suggest that Tesla will be conducting more than simple parts and warehousing in the expansive facility. A look at Tesla’s Careers page shows multiple openings for manufacturing-related jobs for Lathrop, CA. Among these are posts for Process Technicians for Castings, Production Associates for CNC Machining, Production Supervisors for Castings, Equipment Maintenance Technicians for Die Casting, and even Production Associates for “Pano Roof.”"