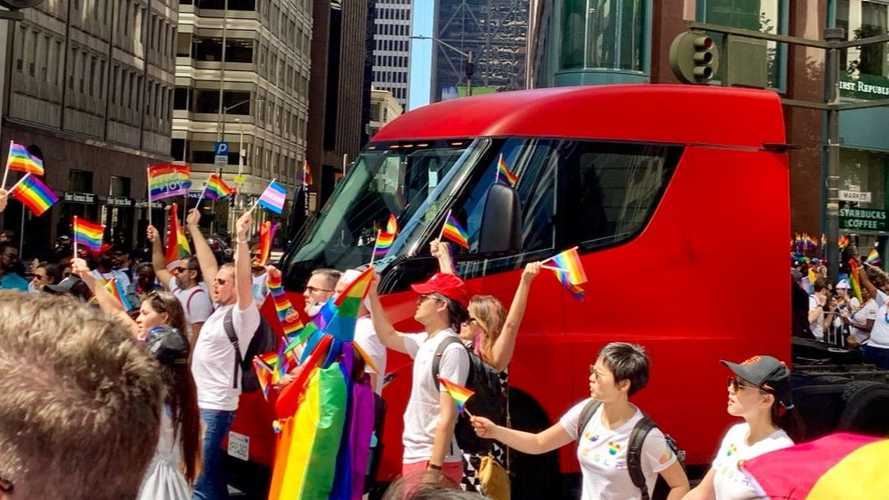 Tesla is making no attempt to hide its upcoming electric hauler.

Tesla has made many special event appearances in the past, and almost always for some deserving cause or charitable situation. This time, the Silicon Valley automaker sent its all-electric Semi concept to the 2019 San Francisco Pride Parade. It was followed by the Tesla Model 3, Model S, and Model X, as well as a whole group of Tesla employees.

As you can see from the Twitter images and videos, the Tesla Semi sported a banner and flags with pride colors. The Tesla employees also rocked the flags and colors, while the other Tesla vehicles were decorated accordingly.

It's not uncommon for companies to represent at such events. So, we're not here to say that Tesla is the only one. However, not only is the electric startup following suit with the likes of Google and others, but it's also working hard to get its vehicles in the public eye.

Since Tesla doesn't advertise in the traditional sense, it can get extra exposure and expanded support at events like this, which almost certainly gets shared on social media outlets. Moreover, it's an attempt to let the masses know that Tesla is supportive of all. This is something the company's CEO Elon Musk has referenced in the past.

A few weeks ago, Tesla made a similar appearance at the 2019 Los Angeles Pride Parade.