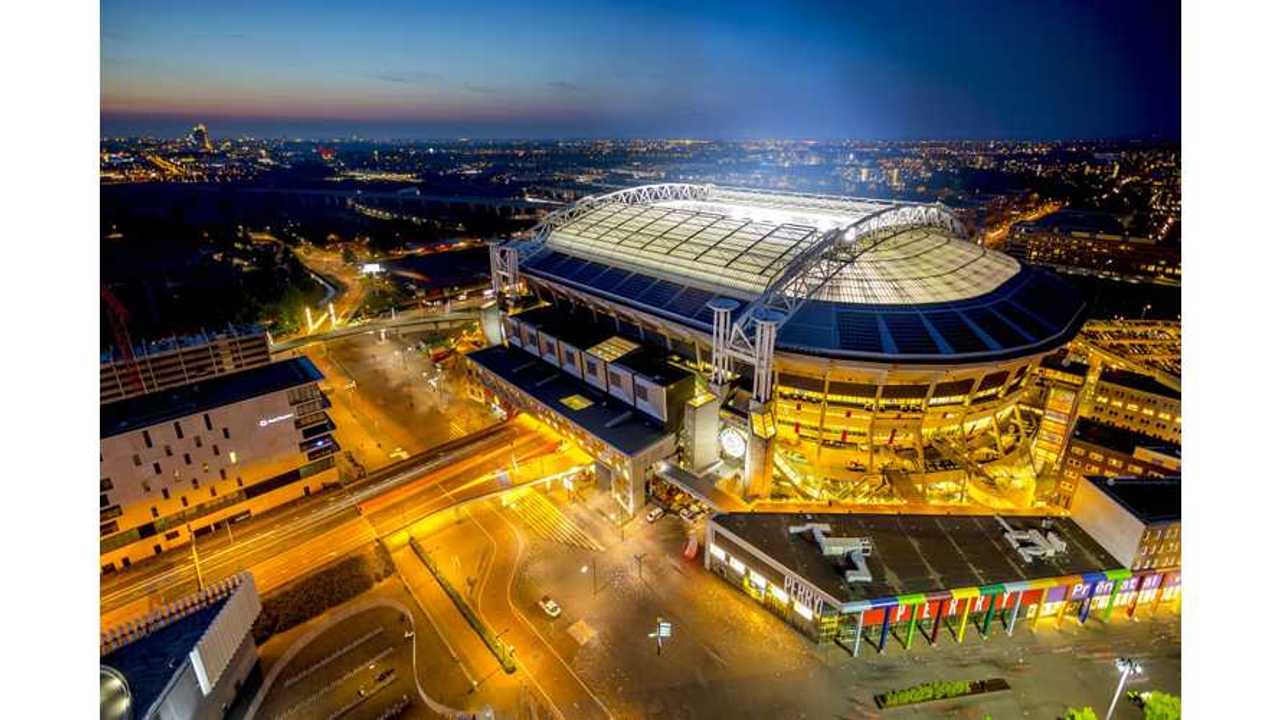 Eaton revealed that more energy storage projects with Nissan LEAF batteries are in the pipeline for stadiums in Europe.

After the installation of 2.8 MWh/3 MW ESS at the Johan Cruijff Arena stadium in Amsterdam, Netherlands in June 2018, the company is in talks to build ESS at six other stadiums.

"It has already equipped the Netherlands’ Johan Cruyff Arena, the legendary home of the Ajax football team, among other buildings, with what it calls “second-life batteries”. Its latest project was in Oslo’s Bislett athletics stadium in Norway, which is partly powered by solar panels."

“The football stadium community is interested. From significant ones, (we are talking) with 5-6 stadiums in Europe.”

One of the most interesting numbers in Reuters' article is the price difference (per capacity we assume) of 20% (between new and used, second-life battery). Of course, the difference is probably huge compared to the original price 5-10 years ago.

"Eaton says its xStorage solution is 20% cheaper than a new battery and every Nissan Leaf car can produce four such units."

Eaton expects that the niche ESS business will grow 20 times between now and 2022.

As times go by, and oldest series-produced electric cars with lithium-ion batteries are already around 10+ years old, the availability of used modules with hopefully 60-80% capacity should quickly increase.

For example, 10,000 LEAFs (the amount sold in the U.S. between December 2010 and January 2012) with 24 kWh batteries, even at 60% could still deliver more than 140 MWh. Probably enough to electrify all of the most famous stadiums.