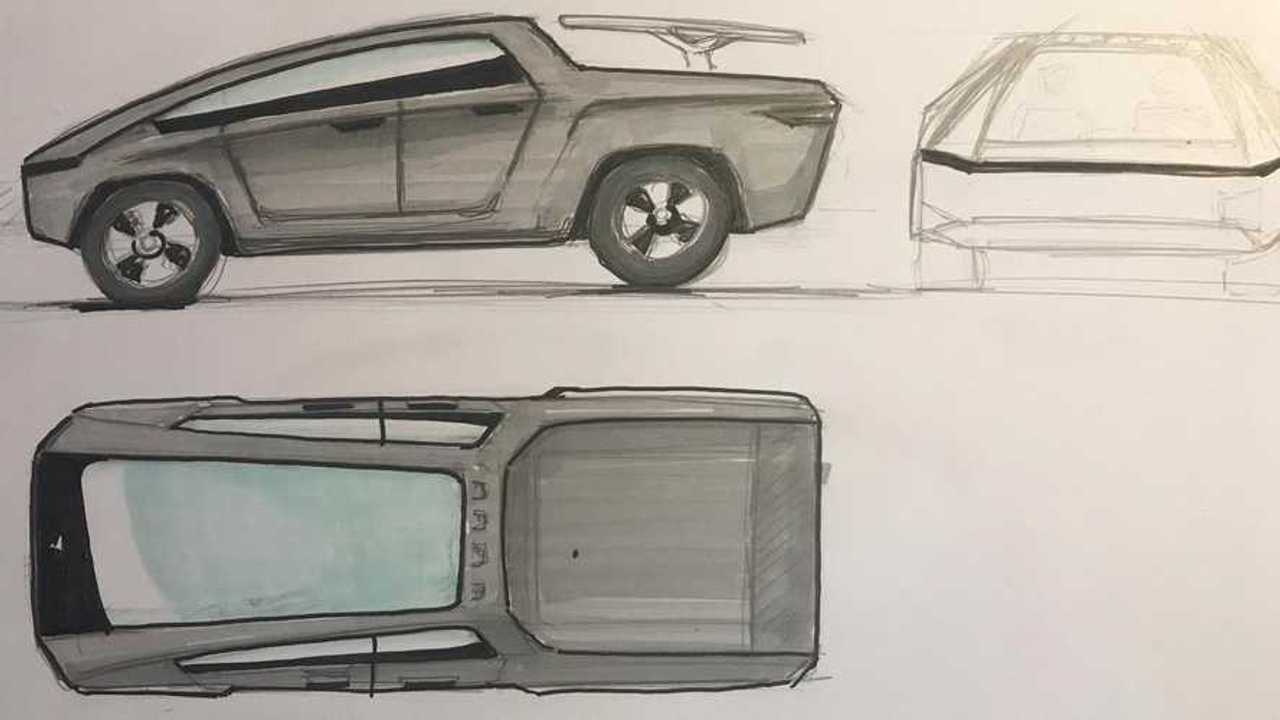 At Tesla's Shareholder Meeting, Elon Musk said the company's pickup truck will look “cyberpunk” like it’s come from a “sci-fi movie.” He added, “We’re trying to create something new and it’s not just basically a copy of the form factor of everything else... I think it’s the coolest car I’ve ever seen.”

Above: A few of the futuristic vehicle designs shown in the original 1982 'Blade Runner' movie (Image: Best Movie Cars via Blade Runner)

So what will it look like? It turns out that Elon Musk's mysterious vision for a pickup truck remains a favorite subject of Tesla fans who have the skills to draw, sketch, and CGI. The Tesla pickup truck sketch posted on Reddit by u/greenfruit aligns quite closely with Tesla's design language (see below).

Musk revealed that the base price of the upcoming Tesla pickup truck will be under $50,000 which is significantly lower than the Rivian R1T going into production (if all goes well) next year with a starting price of $69,000.

Of course, the base variant of Tesla's pickup truck could have fewer options than the higher-end variants the automaker currently offers. In keeping with Tesla's typical launch strategy, it's likely the base model will be the last variant hitting the production lines.

Above: Tesla Pickup Truck sketch with front, side and roof views (Source: u/greenfruit via Tesla Subreddit)

Rivian R1T's base price does not include the $7,500 federal tax credit or any other rebates available in various states. Meanwhile, Tesla's under $50,000 price tag could be before potential savings/tax credits but it's not clear while listening to Musk's comments on the recent 'Ride The Lightning' podcast.

Tesla had revealed a teaser image of the Tesla pickup truck at the Model Y unveil event which went largely unidentified but it went viral after Musk tweeted the photo. It basically shows a glowing light-slit that probably spans horizontally across the entire front fascia. We can see that light-slit drawn in black on the front view sketch of the above illustrations.

Tesla also played the ending titles of the movie Blade Runner when showing the Tesla pickup truck teaser at the Model Y unveil, which refers to Musk's earlier statements that this truck will not be out of place in Blade Runner.