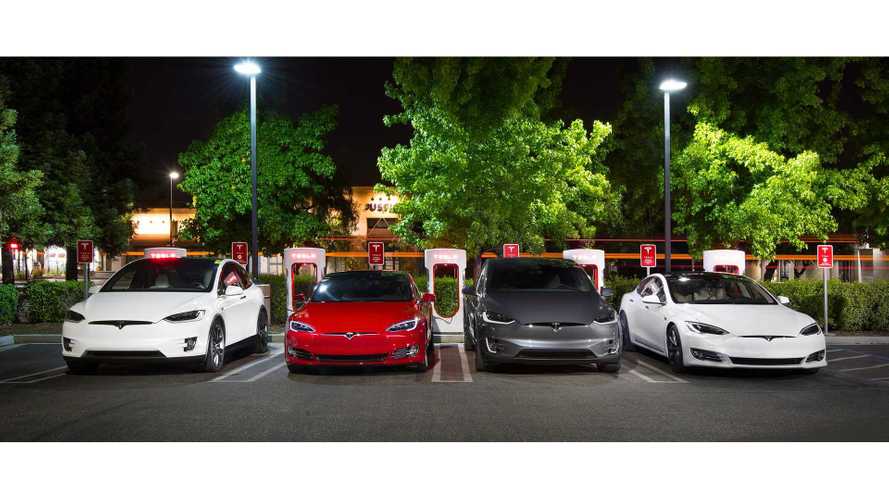 250 kW Superchargers to be installed first along main routes used on long-distance trips.

The rollout of the new 250 kW Tesla Superchargers V3 will be prioritized along the long-distance routes between cities to make the best use out of the additional power.

Tesla CEO Elon Musk said in Ride the Lightning's interview that some old V1 Superchargers are still in use despite just 75 kW of power - those also will be replaced with new models at a high priority.

“We’ll focus on long-distance routes, so if you’re in a hurry to get from one city to another, you can go as fast as possible. Then also, we’re replacing some of the Version 1 Superchargers – some of the old Superchargers will take priority. There are some out there that still charge at 75 kW, so we’ll replace those first on long-distance routes.”

The V2 Superchargers, initially rated at 120 kW, are being upgraded to 150 kW (for a while there was an intention to offer 145 kW).

Tesla intends to expand the network, but needs to keep the balance between installed capacity (investments) and demand.

Interestingly, Elon Musk said also that he directly didn't receive any contact from other EV manufacturers showing interest in getting access for the Supercharging network.

“Nobody’s contacted me, so…Maybe they’ve contacted other people at the company and they haven’t mentioned it to me. But, none of the other manufacturers have contacted me and said that they want to use it.”

We remember that Bollinger Motors expressed interest in August 2018, but it was maybe only on Twitter.

The podcast is available here.