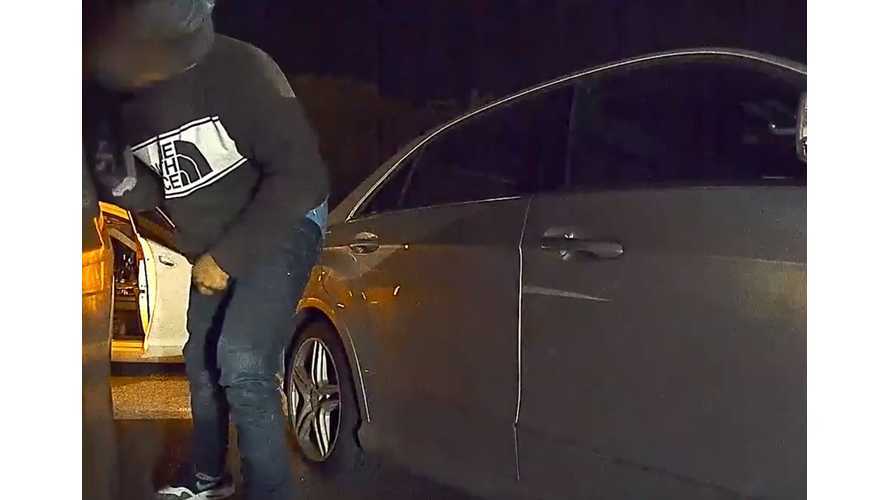 Big Brother is watching you.

Well, perhaps not Big Brother, but big and little Tesla vehicles are for sure. Since the launch of TeslaCam (dashcam) and Tesla's Sentry Mode, the tech has proven helpful in many more ways than originally anticipated. These systems use the electric car's built-in Autopilot cameras to capture and record footage for owner use. In addition, Sentry Mode sounds a unique alarm and alerts the owner.

While the intention if the Tesla tech features are to watch over your car to make sure no one is stealing or vandalizing it, and to deter criminals altogether, we've shared many more broad uses of Tesla Sentry Mode, the TeslaCam (dashcam), and its additional cameras.

According to a report by our friends at Teslarati, police officers in Berkeley, California have been engaged in an ongoing investigation surrounding a string of car burglaries. Fortunately, they made a recent breakthrough in the case due to footage from a Tesla vehicle's Sentry Mode via its built-in cameras.

Convicted felon Derrick Conerly was out on parole after being convicted of rape. Though has was wearing an ankle tether, police couldn't prove that he was involved in the recent burglaries. However, the Tesla camera footage allowed the authorities to identify him. Officer Byron White shared:

“On April 3, we had a reported auto burglary, where a suspect broke into a Tesla. That vehicle recorded the suspect’s image. In this particular instance, the suspect is known to police from prior contacts."

As an ever-increasing number of Tesla vehicles take to our roadways, we'll learn about many more stories like this. Thus far, it's been fascinating to see how helpful the feature has become in more ways than one.

Do you own a Tesla? What do you think of its built-in dashcam and Sentry Mode features? Scroll down and share your thought with us in the comment section.