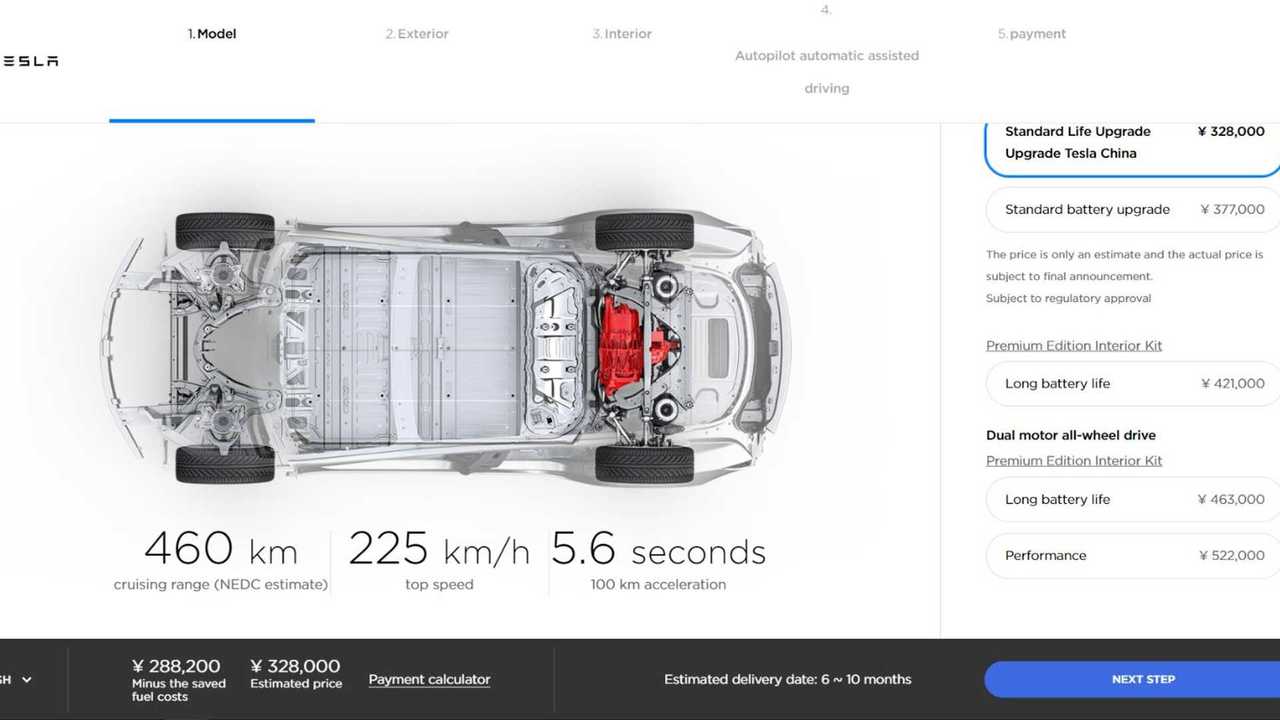 If Chinese buyers are willing to wait just a bit longer they could save thousands.

Tesla has now begun taking orders for the Chinese built Model 3. As expected, the locally built vehicles will cost thousands less for buyers willing to wait.

Tesla has set the base price at 328,000 yuan ($47,523). While this pricing seems higher than those in other markets, it does include value added tax. These cars will be built at Tesla’s Gigafactory currently under construction in Shanghai. It will have a range of 460 kM (286 miles) per charge is currently estimated to be delivered in 6 to 10 months.

More About Tesla Model 3 In China

This makes the vehicle 49,000 yuan cheaper than the import version. As a company noted in a Chinese-language statement "The price drop makes Tesla more accessible."By producing the Model 3 locally, Tesla will be able to avoid import duties and significantly speed up deliveries.

Currently, the automaker must ship all of its vehicles from California to overseas markets. This front loads production headed to foreign markets in the early part of each quarter, with the second half of each quarter focused on making as many deliveries as possible.

Tesla's Shanghai Gigafactory is expected to begin production in late 2019 and ramp up production sometime next year. This should hopefully relieve some of the automaker's delivery bottlenecks.

If we are reading the google translated page correctly, pricing is as follows: