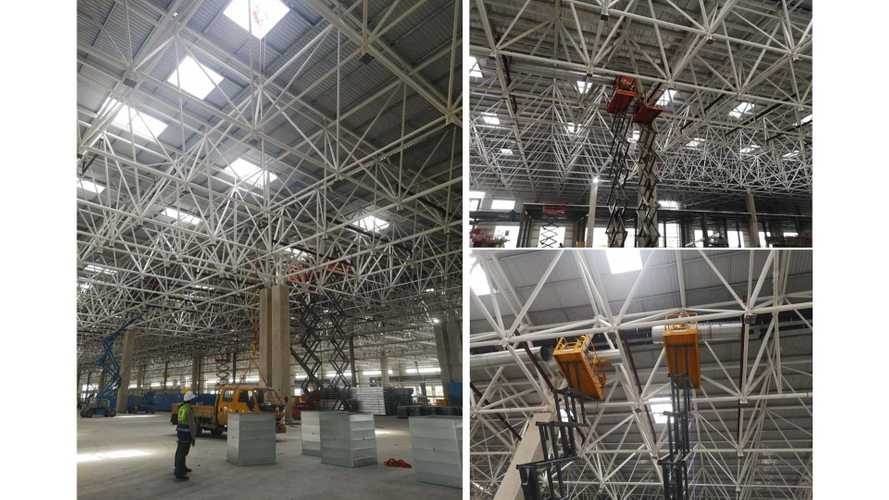 Tesla enthusiasts surprisingly obtained photos of inside the Tesla Gigafactory 3.

For a few months now we have been observing the construction of the Tesla Gigafactory 3 in Shanghai, China from the outside (often from drones), but today interesting new photos from the inside appeared.

As we can see, workers still have a lot to do before any production equipment will be installed, but the floor seems already placed. The building seems to have one story with a very tall ceiling.