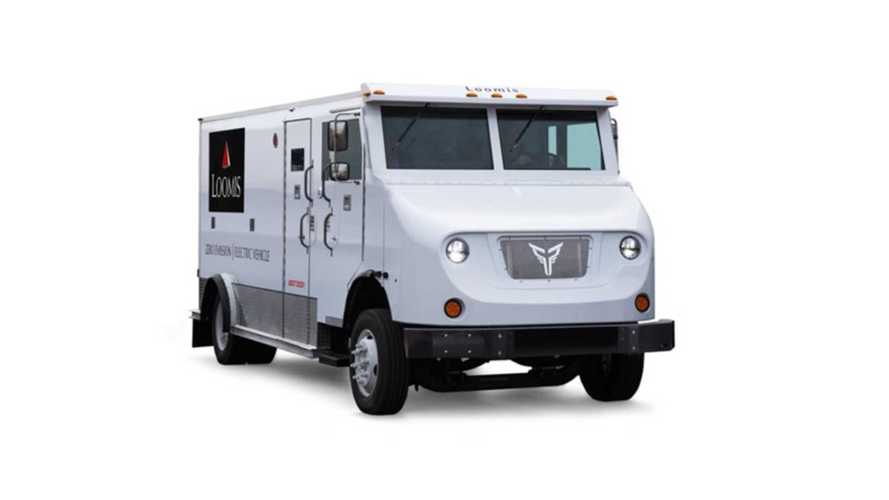 "Xos is short for ‘exosphere’ — the outermost section of the planet’s atmosphere — and is representative of our investment in developing cutting edge technologies and mobility solutions that exceed anything on the present market."

""The number of fleets making the transition from diesel to electric mobility is increasing and Xos is aiming to help fleets through that transition with more than just a truck."

It could be a valuable niche for the startup, as Loomis is considering whether to order 100 of those - the decision depends on tests of the two prototypes over the next few months.

"Xos Trucks has also announced today they’ve signed an exclusive agreement with Loomis Armored US, LLC, (LOOMb.ST) the cash handling company. Xos is delivering two Class 6 electric armored vehicles as part of an EV pilot program. Under the agreement, Loomis will evaluate the Xos vehicles for a period of 90 days before placing an order for 100 armored vehicles to be used primarily in California."

It's not the first time when we've heard about armored cash-handling EVs, as this is one of the perfect EV applications. Those vehicles don't need to have a very high range, while they often sit idling with poor fuel economy and emission. Hopefully, soon such type of trucks will be electric everywhere, not only in California, where Loomis starts the switch.

"Providing cash-handling products and services to financial institutions and businesses, Loomis is the largest integrated cash distribution network in the U.S. with nearly 200 locations, 9,000 employees and more than 3,000 vehicles.

The agreement underscores Loomis’ commitment to sustainability and Xos’ commitment to helping to electrify fleet vehicles where EV technology can easily integrate into vehicles used for local, predictable routes."

Dakota Semler, CEO and co-founder of the company said:

"Electric vehicles make a lot of sense for cash-in-transit companies. They do a lot of idling in city centers as money is loaded in and out of the vehicles. We’re proud that Loomis has chosen Xos as their exclusive electric armored vehicle supplier and we look forward to a long, fruitful partnership.”