While Tesla accelerates forward, most automakers are barely creeping.

Electric vehicles are the future - even the oiliest of oil-based businesses grudgingly agree on that. Price parity between EVs and legacy vehicles is expected to become a reality in some markets by 2022, and when that happens, radical changes in the transportation sector will start happening quickly. The divide in the business world today is between those who are embracing the electric future, and those who are trying to stall it for as long as possible. 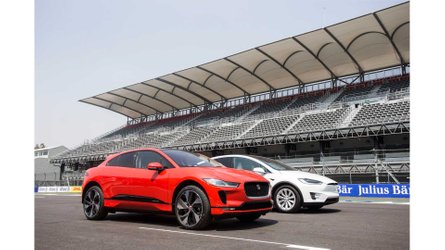 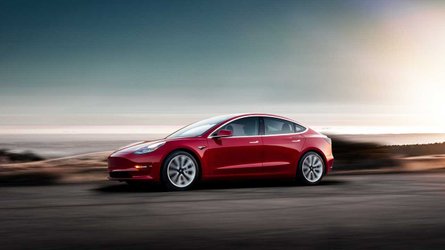 Tesla, along with thousands of startup companies that are selling vehicles, components, charging and other related services, make up the former camp. In the latter group are the legacy automakers, which see electrification as a negative influence on their profits, and of course the oil companies, for which it could be an existential threat.

The major global automakers have been dabbling in the EV business for several years, spurred by government regulation, news from China and competitive pressure from Tesla. However, they are still firmly committed to fossil fuels. As Jeremy Deaton writes in Nexus Media, this was plain to see at the recent New York International Auto Show. Small companies were showing off new transportation solutions - startup automaker Rivian plans to produce an electric pickup truck and SUV, each with a range of over 400 miles. Ride-sharing firms such as Lyft are also embracing electric and autonomous vehicles, and firms such as Coord and Carmera are building databases of traffic information that they hope to monetize once self-driving taxis become common.

Big Auto, however, still has the gas pedal firmly mashed to the metal. When Mr. Deaton asked exhibitors from the major automakers in New York which cars they were most excited about, all pointed to gas-guzzling sports cars, trucks and SUVs. Ford was touting a new F-150 pickup, the Escape SUV and the latest Mustang; Chevy was pushing the Blazer SUV and Silverado pickup; while Jeep celebrated the last glory days of the Oil Age with its new Gladiator, which Deaton calls a cross between a Humvee and a pickup truck.

The legacy brands are fighting hard to water down or eliminate emissions standards around the world, and don’t appear to have any plans to sell EVs in volume in the US any time soon (China is a different story). However, they are hedging their bets - Ford recently announced a strategic investment of $500 million in Rivian, and GM is keeping the Chevy Bolt alive, while dabbling in car-sharing programs. The Volkswagen Group is planning an extensive line of electrified vehicles, most of them destined for the Chinese and/or European markets. These industry giants are positioning themselves to be “fast followers” - able to quickly ramp up their back-burner EV programs when and if the time comes.

If Big Auto has stuck its foot into the electric pool, Big Oil is testing the waters with a little toe. Over the last couple of years, oil majors including BP, Shell, Total and Chevron have invested tens of millions of dollars into EV-related startups, mostly in the charging infrastructure field. However, while “tens of millions” may sound impressive, as Deaton puts it, “these investments amount to pocket change for oil majors, leaving observers skeptical of their intent.”

Ryan Popple, CEO of electric bus manufacturer Proterra, told Axios that he’s been approached by the venture capital arms of major oil companies about investing in his company, but he’s keeping his distance for now. “I would be worried to really disclose what we are up to, what our strategy is, to an oil major until you really see shareholders and boards of directors state that, all right, this is our carbon budget for the next 25 years, we are going to ride out oil, but we are going to actively invest in the energy transition.”

Other clean-energy boosters are similarly skeptical about Big Oil’s interest in EV tech. “Anybody who is suspicious of the oil industry’s motives is probably right,” Dan Becker, director of the Safe Climate Campaign, told Deaton. “I think these guys are usually nefarious. That doesn’t mean that they always will be, and someday they will have to change. I just don’t know if that day has come.”

Jigar Shah, formerly with BP, and now the President of clean energy investment firm Generate Capital, takes a more nuanced view, saying that oil company investments in charging firms represent neither a serious interest in getting into the business, nor an attempt to undermine it - they’re simply aimed at greening the companies’ public images.

Above: BP promotes a future with EV charging at gas stations (Image: BP)

However, this doesn’t mean oil companies don’t want their investments in new technologies to pay off. Shah cites the example of earlier investments in natural gas. “When I worked at BP, [CEO] John Browne was buying up natural gas fields,” he says. “He announced to the world that BP was going to become more of a natural gas company, and everyone laughed at him.” Today, natural gas is a huge part of the business for BP and other oil firms. The same thing could happen with charging stations, Deaton writes.