While many naysayers chose to post video and images over the holidays to try to disprove Tesla's progress on its Shanghai-based Gigafactory 3, it was all FUD, as expected. As it turns out, Tesla never halted the manufacturing process of the all-new battery factory. As you can see from our multiple recent video shares, construction is moving along nicely, if not much better than anticipated. 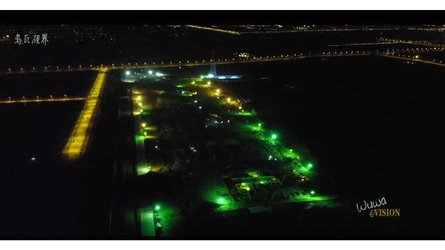 UPDATE: Tesla Gigafactory 3 Is Under Construction At Night Too: Video 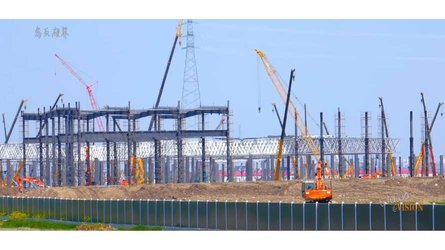 Yes, we will admit that these Chinese videos are surely somewhat weird in terms of their music and overall coverage. However, that's well beyond the point here. What's much more substantial is that Tesla is making major progress on its new Shanghai Gigafactory, and it seems it may become functional in the near future, as anticipated.

What do you think? Leave us your comments below.

The shooting seemed to be an adventure, and my UAV almost couldn't come back. The weather in Shanghai is changing dramatically that day, but in order to get the aerial lens, in the case of wind 41-60/h to shoot, in the downwind, when returning, due to too much wind, UAVs are unable to return. After struggling in the air, before the end of the power, the uncontrolled landing landed in the weeds outside the factory. Fortunately, the runaway UAVs were retrieved through remote control positioning.

This time, the appearance of the Tesla site has not changed much. Compared with the previous week, there are more Hoists on the site, and the steel structure support of the plant is more intensive than before. Many workers are working on the steel structure roof. They seem to be laying the roof.

When I was filming, I met sanitation workers and chatted with them. They told me that it was safe for foreigners to invest in factories in China and that they were insecure that they could buy guns freely abroad. They think it's a good thing for Americans to build factories here. Americans can make money and their country can benefit. 這次拍攝似乎是一次冒險，我的無人機差點回不來了。當天正遇到上海天氣大變，但為了得到空中鏡頭，在風力41-60/h的情況下升空拍攝，在順風而去，返航時，因風力太大，無人機無力返航，在空中掙扎後，電力快結束前，失控降落在工廠外的荒草中，還好，通過遙控器定位找回了失控的無人機。 這次看到的特斯拉工地在外型上沒有太多的變化，相比上週前，工地多了吊裝機，廠房的鋼結構支架也比之前密集了，許多的工人正在鋼結構屋頂作業，他們像是在鋪設屋頂。 我在拍攝時，遇到了環衛工人，和他們聊了起來，他們告知，外國人來中國投資建廠是安全的，他們對國外可以隨便購買槍支而感到不安全。他們認為美國人在這裡建廠是件好事，美國人可以掙錢，自己的國家也能得到好處、、、。