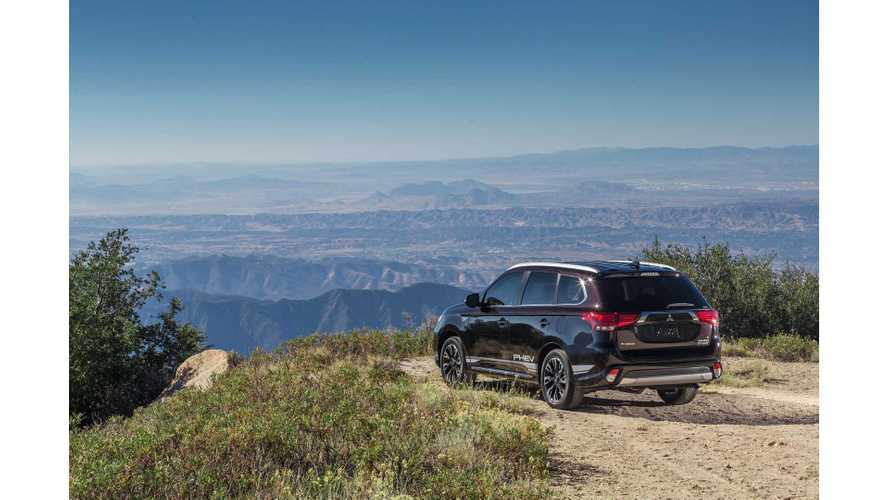 Mitsubishi happily announced that cumulative sales of the Outlander PHEV reached 200,000 globally since its introduction in Japan in 2013.

It's the highest result among plug-in hybrids and probably will stay the highest for quite some time.

The Outlander PHEV is now offered in more than 50 countries. The biggest market is Europe, where sales stand at around 130,000 we believe. In the U.S., sales are approaching 5,000 (at an average of 300 per month), which is below our expectations from the past, but we must remember that the Outlander PHEV was introduced late, at the end of 2017.

"Since making its debut in Japan, the Outlander PHEV has been rolled out to more than 50 countries across the world. It has become the world best-selling plug-in hybrid vehicle as at the end of December 2018*1. It also has been Europe's best-selling plug-in hybrid vehicle for continuously over the past four years (2015-2018)*1, a testament to its constant evolution, brilliant engineering and technological innovation.

According to Mitsubishi, the Outlander PHEV received over 20 important awards:

Developed from a fully electric vehicle, the Outlander PHEV has a unique architecture consisting of a front electric motor, a rear electric motor and no gearbox. It offers customers energy efficiency and a smooth driving experience.
The Outlander PHEV has picked up various awards globally in the past six years including the "2019 Best Plug-in Vehicle" award from Company Car and Van Magazine in the UK, the "2019 Green SUV of the Year" award from Green Car Journal in the US and the "2013-2014 Japan Car of the Year Innovation Category" award together with the "2014 RJC Technology of the Year Award" (full list of awards below).
The latest 2019 Outlander PHEV *2 model delivers lowered CO2 emissions levels, with 40 g/km (NEDC Correlated)/46 g/km (WLTP) and excellent fuel economy, with 1.8 l/100km (NEDC Correlated)/2.0 l/100km (WLTP) and a zero-emission range of 54 km (NEDC Correlated)/45 km (WLTP).
The 2019 Outlander PHEV also features innovative powertrain and mechanical improvements, including an ultra-efficient new 2.4-litre petrol engine. Other improvements include, but are not limited to, increased battery capacity (15%), battery output (10%), and rear motor output (17%) enhanced driving dynamics, and more driving modes including a Sport Mode and Snow Mode.
*2…Japanese and European specifications
List of Global Awards: